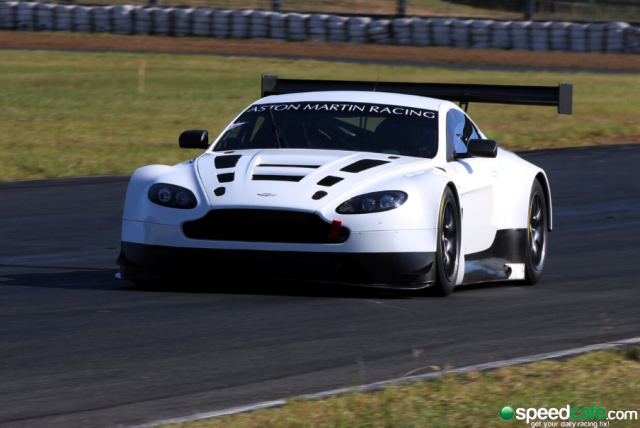 New Aston Martin Vantage and Ferrari 488 GT3 cars have completed shakedown tests ahead of their race debuts at next weekend’s Australian Grand Prix.

Australian GT Championship owner Tony Quinn jumped behind the wheel of his freshly imported Vantage GT3 at Queensland Raceway yesterday, while Maranello Motorsport ran its Ferrari 488 GT3 for the first time at Winton.

Quinn completed 10 laps at the Ipswich circuit in his plain white Vantage, which will be displayed in Darrell Lea colours at Albert Park next week.

The Scotsman has switched to the front engined machine having spent last year driving a McLaren 650S, which has now been leased to Tekno Autosports.

“It felt very solid on the track. I find the McLaren and those sort of cars quite skittish but the Aston was very planted.” Quinn told Speedcafe.com.

“I’m looking forward to racing it now. I just feel like it is a good car for me to drive.”

The Vantage will be the second car from the British manufacturer on the grid, following confirmation that Andrew and George Miedecke will pilot an upgraded Vantage run by Matt Stone Racing.

Car owner Peter Edwards along with Tony D’Alberto and John Bowe completed laps during the day at the rural Victorian circuit.

D’Alberto and Edwards are scheduled to drive the car for its global are debut at Melbourne next week.

Maranello Motorsport will be joined by Vicious Rumour Racing, who will also field a new 488 GT3 at the event, which will be driven by Benny Simonsen and Andrea Montermini.

The Maranello team also ran an upgraded Ferrari 458 for Adrian Dietz and Cameron McConville, which will also be in action at the Australian Grand Prix. 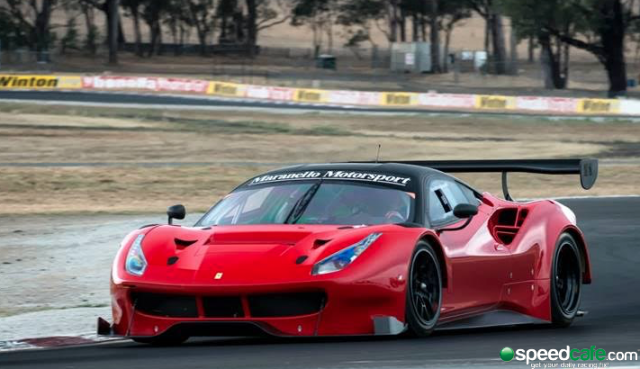