Circuit boss confirms US GP will go ahead 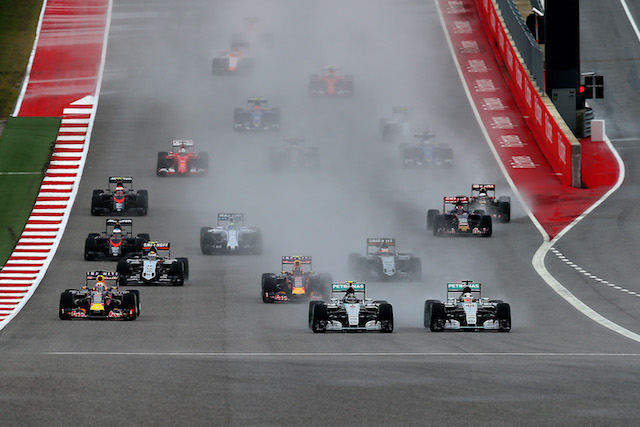 Doubts surrounding the event have been growing amid financial concerns after a decrease in funding from the Texas government.

The race was originally listed on the 2016 Formula 1 calendar as subject to confirmation, however, Epstein has now allayed fears of its demise by announcing the race will go ahead as planned.

The United States Grand Prix at Austin’s Circuit of the Americas (COTA), scheduled for October 21-23, will celebrate its fifth year this season after joining the calendar in 2012.

“We are so happy to confirm F1’s return to COTA as well as Taylor Swift’s headline performance,” said COTA CEO Epstein.

“We can’t think of a better way to mark this important five-year milestone for F1 in Austin.

“Since we first hosted this event in 2012, we have gained a lot of knowledge and insight that has allowed us to make significant annual improvements to the event that we are confident will continue to establish the Formula 1 United States Grand Prix as the standout race weekend on F1’s calendar.”

Although impressed by the facility there are currently no plans for it to return to the F1 schedule having hosted races from 1961-1980.