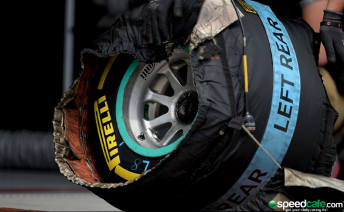 The tyre selections for the Australian Grand Prix have been revealed

Pirelli has revealed the tyre selections made by the Formula 1 paddock ahead of next week’s Australian Grand Prix.

This season drivers are able to select from three compounds of rubber at each event in a new ruling passed for the 2016 F1 campaign.

The Italian manufacturer has made the medium, soft and super-soft tyres available for the Albert Park race.

Pirelli will allocate three sets of tyres with the remaining 10 sets chosen by the teams and drivers.

Rosberg will also have one more set of mediums compared to Hamilton. The pair will both have six sets of super-softs at their disposal.

For the full selection view the graphic below. 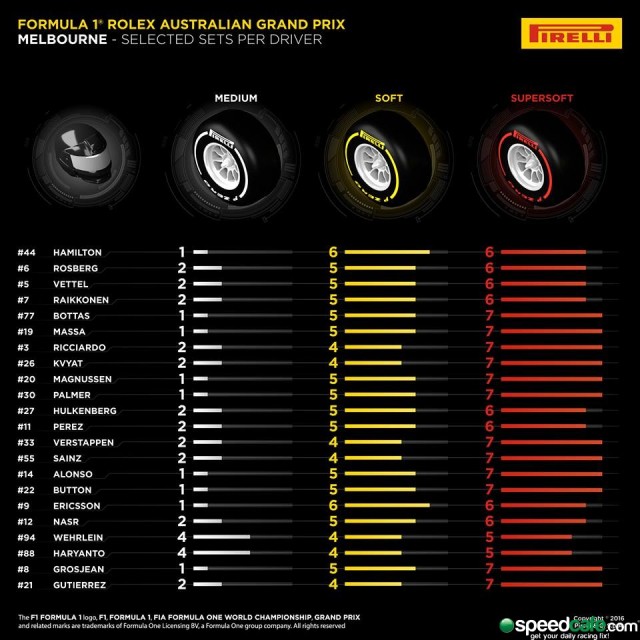