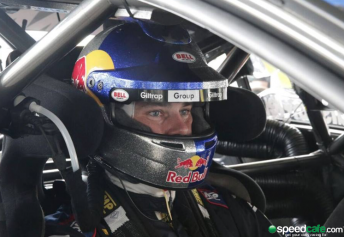 Shane van Gisbergen has been named as part of McLaren’s new Garage 59 entry which will contest the Blancpain GT Series.

The V8 Supercars star was confirmed as a McLaren GT driver last month but his program remained unclear.

The British manufacturer has now revealed that the Triple Eight V8 pilot will team up with fellow McLaren drivers Rob Bell and the operation’s new signing Come Ledogar to contest the Blancpain Endurance Series.

Van Gisbergen is expected to compete in four of the five rounds due to the Nurburgring finale clashing with the Wilson Security Sandown 500.

The Kiwi, who won this year’s Bathurst 12 Hour in a Tekno McLaren, secured two victories in the championship last season when driving for Von Ryan Racing.

“The driver line-up in place with Garage 59 highlights the intentions the team has for the season,” said McLarne GT managing director Andrew Kirkaldy.

“With a mixture of experience and exciting young talent in the roster of Factory and Academy Drivers, and key engineering and strategic support on the pitwall, the team is well-placed to be a true contender in the championship, building on the strong debut season for the 650S GT3 last year.”

Van Gisbergen will head to Monza for the opening round of the season on April 24.