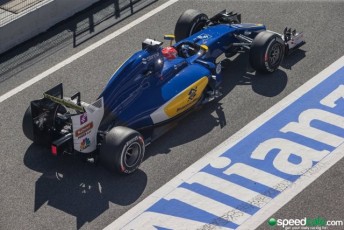 Sauber confident its financial plight will be resolved

Sauber boss Monisha Kaltenborn is confident the team will resolve its cash flow issues which has seen staff awaiting payments for February.

The Swiss outfit has confirmed that some of its team members are yet to be paid for last month as it prepares for the opening round of the season in Melbourne next week.

According to Kaltenborn the team is still awaiting payment from a new title sponsor, which has compounded the squad’s financial plight.

The midfield operation grabbed headlines in the lead up to last year’s Australian Grand Prix when it was involved in a legal wrangle with driver Giedo van der Garde.

It has been reported that the team was forced to pay van der Garde a €15 million settlement.

“Concerning the transfer of a big amount of money from a sponsor from abroad, some problems occurred.

“We will solve this within a short time.

“We will get on top of the current issues and we will get out of this awkward situation.

“We will fight and we will get out of it, just like we did in the years past.”

The team will continue with an unchanged driver line-up of Marcus Ericsson and Felipe Nasr for the new campaign which begins at Albert Park next week.