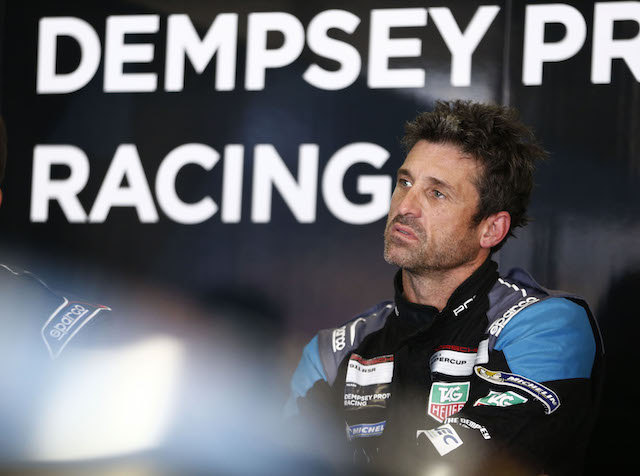 Actor and racing driver Patrick Dempsey has elected not to continue driving for his own team in the 2016 World Endurance Championship.

The Dempsey Proton team will campaign in the entire nine-round WEC however Dempsey revealed on his Facebook page that he will not be among the drivers this year.

Dempsey has decided to put a preference on his family and acting career while he intends to make time to attend some WEC events as a team owner.

The decision to realign his preferences comes after Dempsey along with top sports car driver Patrick Long and Marco Seefried claimed a breakthrough WEC win in the GTE AM class at the Fuji 6 Hour last year.

There has been no decision made on who will replace Dempsey in the 911 RSR.

In an official statement Dempsey said: “At this point in my life, after an amazing season thanks to my friends at Porsche and TAG Heuer, I need to take a step back and focus on both my family and my acting career.

“Dempsey Proton Racing will continue on racing a Porsche 911 RSR in the World Endurance Championship season.

“I hope my schedule permits me to enjoy some race weekends at least as a team owner.” The Dempsey Proton Racing Porsche RSR on its way to a class win for Dempsey, Patrick Long and Marco Seefried at Fuji last year