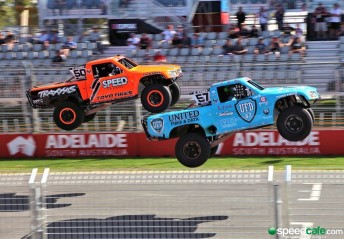 Heading the support acts was the V8 Supercars Development Series which saw the introduction of the Car of the Future chassis for the first time in the second tier class.

Among those categories to kick-off their 2016 season was the Carrera Cup Australia one-make class, the flourishing Australian GT Sprint Championship, V8 Utes, Touring Car Masters and the 39-strong field of Aussie Racing Cars. 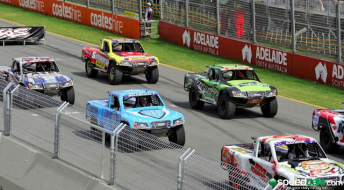 The crowd-pleasing Stadium Super Trucks, featuring a blend of American and Australian drivers, returned after the high flying machines proved a popular innovation for the first time last year.

The program represented one of the most varied of any motorsport event in the world, offering racegoers plenty of bang-for-their-bucks.

Which of the classes on the support card appealed to you most?

Make your vote count by clicking on the poll below.

Previous Story POLL: Who will win the 2016 V8 Supercars title?