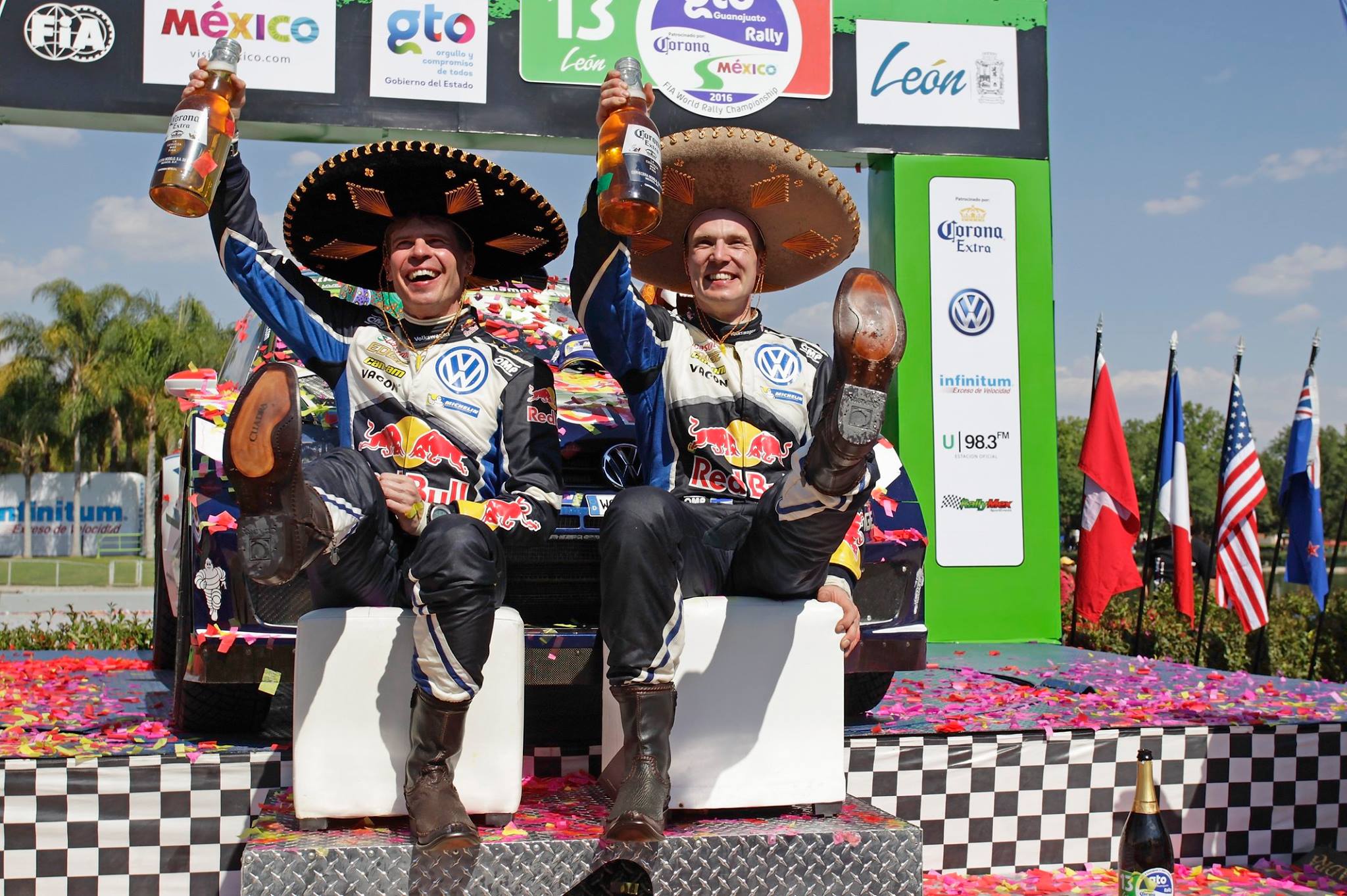 Latvala had failed to score in the first two rounds of the World Rally Championship at Monte Carlo and Sweden, so the Mexican result could not have come at a better time.

With the exception of the opening night’s three spectator stages, the Volkswagen driver completely dominated the opening two days of gravel running to forge a 90-second advantage heading into the final day.

The sting in the tail which was the 80km Guanajuato stage saw team-mate and world champion Sebastien Ogier claw back around a third of that margin, but the Finn had plenty of up his sleeve over the final TV stage.

“This is a fightback and it’s a fantastic feeling. I had such a difficult start to the season with two rallies and zero points. My mind wasn’t so good and this hasn’t been a strong rally for me in the past, but I drove with no problems,” said Latvala.

Ogier also won the final live TV Power Stage to claim three bonus points. Latvala took two points for second while Hayden Paddon claimed the final point in third his Hyundai. The Kiwi took fifth place overall behind Mads Ostberg and team-mate Dani Sordo. Sordo was orginally placed third, but officials found that he had used 29 tyres and not the maximum 28. His 2-minute penalty placing him behind the Ford driver.

“Overall we scored good strong points here. There’s a good fight going in the championship within the top five and I’m sure that’s going to go on season long,” said Paddon.

“We’re going to work hard now before Argentina and the following gravel rallies to get closer to the front and put a bit more pressure on those guys.”

The next round of the World Rally Championship will be in Argentina from April 21.