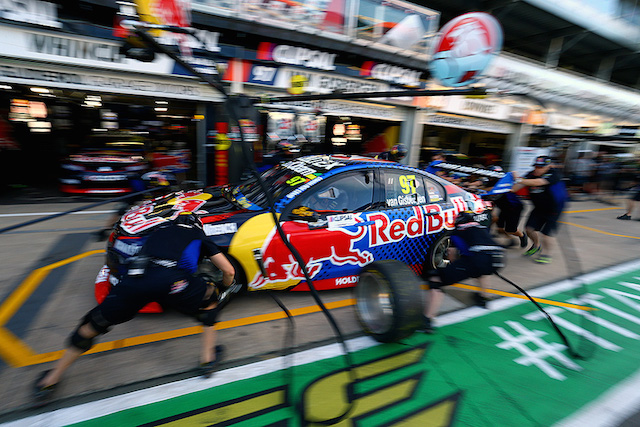 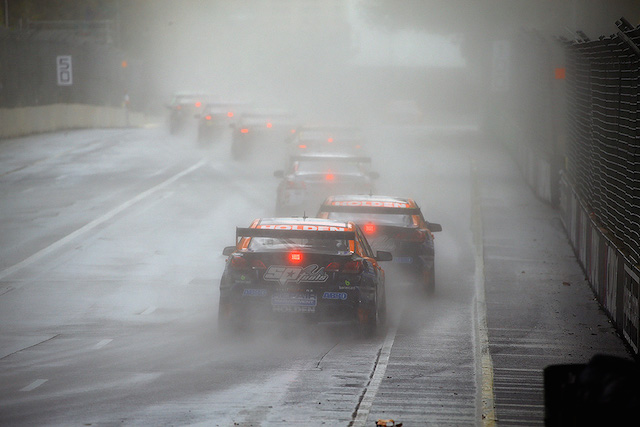 LDM runners Nick Percat and Andre Heimgartner at the end of the train. Percat would ultimately be elevated as the winner after the fuel drop rule caused as much havoc with the field as the rain and lightning 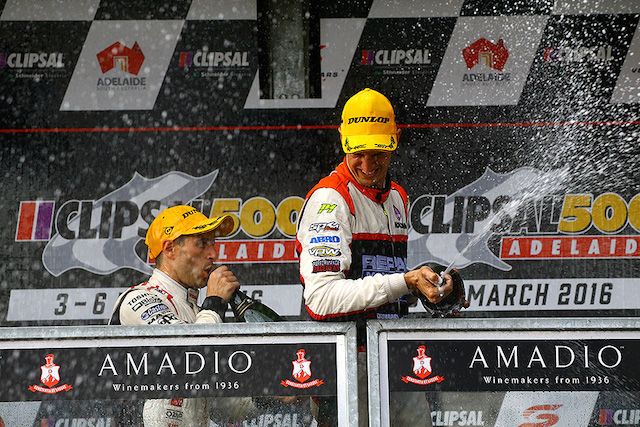