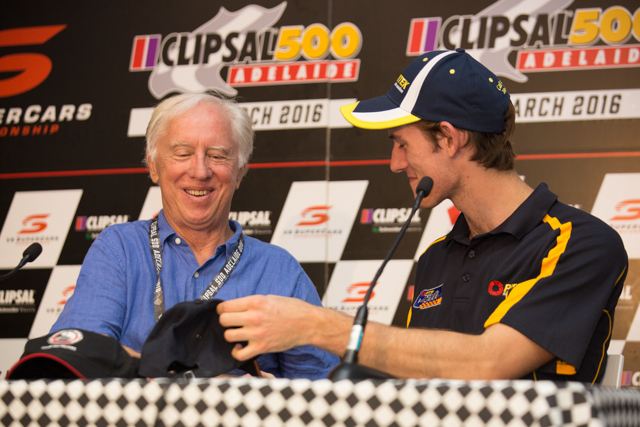 Vern Schuppan, one of Australia’s most accomplished international racers, has accepted a mentoring role for Matthew Brabham’s Indianapolis 500 rookie tilt.

Brabham is the latest Australian racer to take on the famed Indy 500 in a Chevrolet entry that has been created by Speedcafe.com owner Brett Murray.

The Pirtek Team Murray car will sport the #61 in reference to the year in which young Brabham’s grandfather Sir Jack Brabham blazed a trail with rear-engined cars at The Brickyard.

Schuppan’s link to the team comes after the Adelaide-based racer received a formal invitation by race officials to the 100th running of the Indy 500 on May 29.

The 1983 Le Mans 24 Hour winner won the rookie-of-the-year title at the Indy 500 in 1976 before achieving a career best third in the race in 1981, a result that stood as the best for an Australian until being bettered by Will Power’s second place last year.

Along with helping to coach Brabham, Schuppan will be on hand to guide the rookie team’s founder Murray who has made the splash into heading up a team for the first time.

“I always felt that getting into the race itself through qualifying was one of the hardest things,” Schuppan said during a media conference at the Clipsal 500 Adelaide.

“Years ago there would be 70-odd entries for 33 places on the grid.

“The next couple of months will be a bit of a blur for him (Brabham), but he is smart enough and has a genuine desire to be successful in American open-wheel racing.

“The one thing they do sort of drum into you at Indy, the rookies anyway, is don’t try to win this thing on the first lap.

“The important thing is to just try and stay out of trouble. It’s amazing how many times, even drivers on their warm-up lap, make a mistake.

“One year the polesitter (Roberto Guerrero in 1992) crashed on the warm-up lap and didn’t even start the race.”

Murray acknowledged the generosity of Schuppan in taking up a role with the fledgling team.

“We asked him (Schuppan) if he would like to be included as part of our program and he was genuinely excited at the opportunity,” said Murray.

“We’re very thankful for Vern taking time to come and meet with Matt and have a chat about the Indy 500 while he was in Adelaide and we cannot wait to see him on the grid with us in May.”

Brabham, 22, is soaking up every piece of advice which comes his way as he accelerates his program which also includes the Angie’s List Grand Prix on the Indy road course on May 14.

“I’m lapping up every piece of advice and I’m sure it will all come in handy at various stages during the Month of May,” added Brabham, who finished third in this weekend’s Adelaide Stadium Super Truck event.

Next Story Dempsey stands down from WEC Porsche team