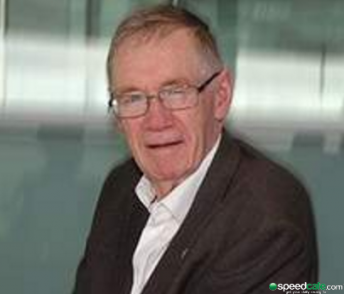 Formula 1 has lost one of its most treasured authors and journalists after Alan Henry died aged 68.

Tributes began pouring in for Henry, a correspondent for The Guardian, who was a prolific writer and until late 2012 was Grand Prix editor at Autocar magazine.

Henry was Editor-at-Large of F1 Racing magazine and chief editor at Autocourse for its F1 review books.

He penned a number of books over the years including Ronnie Peterson’s biography, Derek Bell – My Racing Life and more recently Jenson Button – A World Champion’s story.

Among the tributes received were from McLaren Group chairman and chief executive Ron Dennis.

“I knew Alan Henry for more than 40 years, and, as the decades rolled by, he and I became good friends,” Dennis said.

“As a journalist he was knowledgeable, accurate, intrepid yet fair-minded, and as a man he was warm, kind, loyal and always funny.

“He will be much mourned by Formula One insiders, fans and of course fellow journalists alike.

“Most of all, he will be hugely missed by his devoted wife and family, to whom on behalf of all at McLaren I extend condolences.”

Henry was noted for accuracy and an unflinching attention to detail where he garnered widespread respect for his balanced reporting.