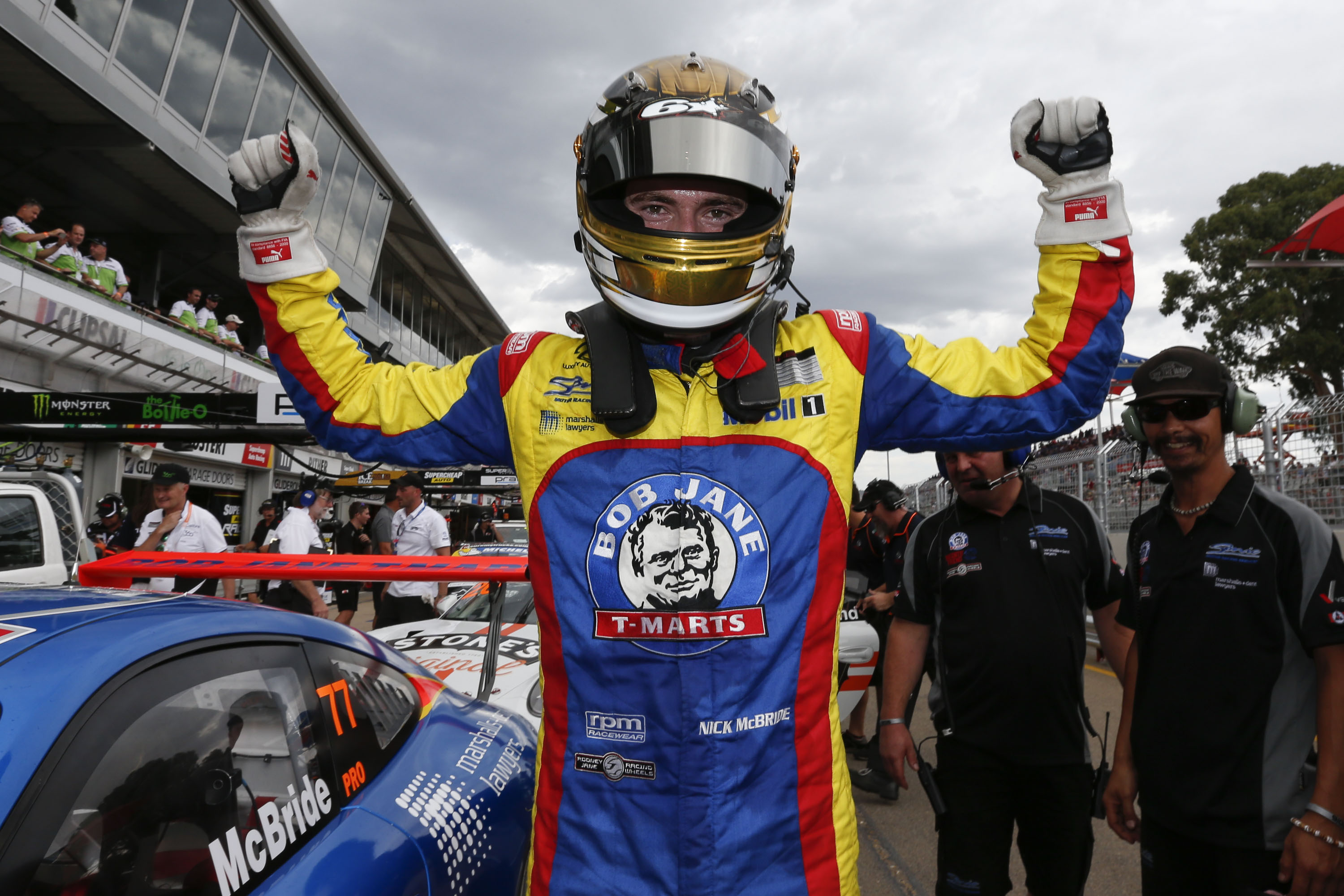 Nick McBride has taken his first overall win in the Carrera Cup after a truly wild final race of the weekend in Adelaide.

McBride was the first driver to take the chequered flag, but he was judged to have jumped the start and was given a 5-second penalty. The race three winner was Michael Almond.

The pattern of the race was on from the start when Race #2 winner, and pole man, Ash Walsh got loose in the first chicane. He popped a tyre on the left-rear and he went into the fence and out of the race.

The race was re-started on lap #4 following the Safety Car with Dylan O’Keeffe got it all wrong heading into the streetside hairpin and took out Garth Walden along the way.

Stephen Grove had to do his best to avoid that incident, but then on Lap #8 he stopped on the circuit with a technical issue.

Steve Richards looked set to take the race win, but he then found the fence on Turn 11 and was forced out of the race.

With Almond aware of the penalty to McBride, he could then concentrate on any attack that would come from behind. That soon came in the shape of Matt Campbell, who along with Alex Davison, were charging up through the field.

At the end, the positions were maintained with a popular overall podium of McBride, Almond and Campbell.

Tony Bates continued his super form at the Adelaide race in the Tag Heuer Carrera Challenge. After sweeping all three races over the previous two visits; he did it again this weekend to gain maximum points in the semi-professional category. Second overall was Marc Cini with James Bergmuller in third.

The Carrera Cup next heads to Albert Park for the Grand Prix support event in a fortnight’s time.