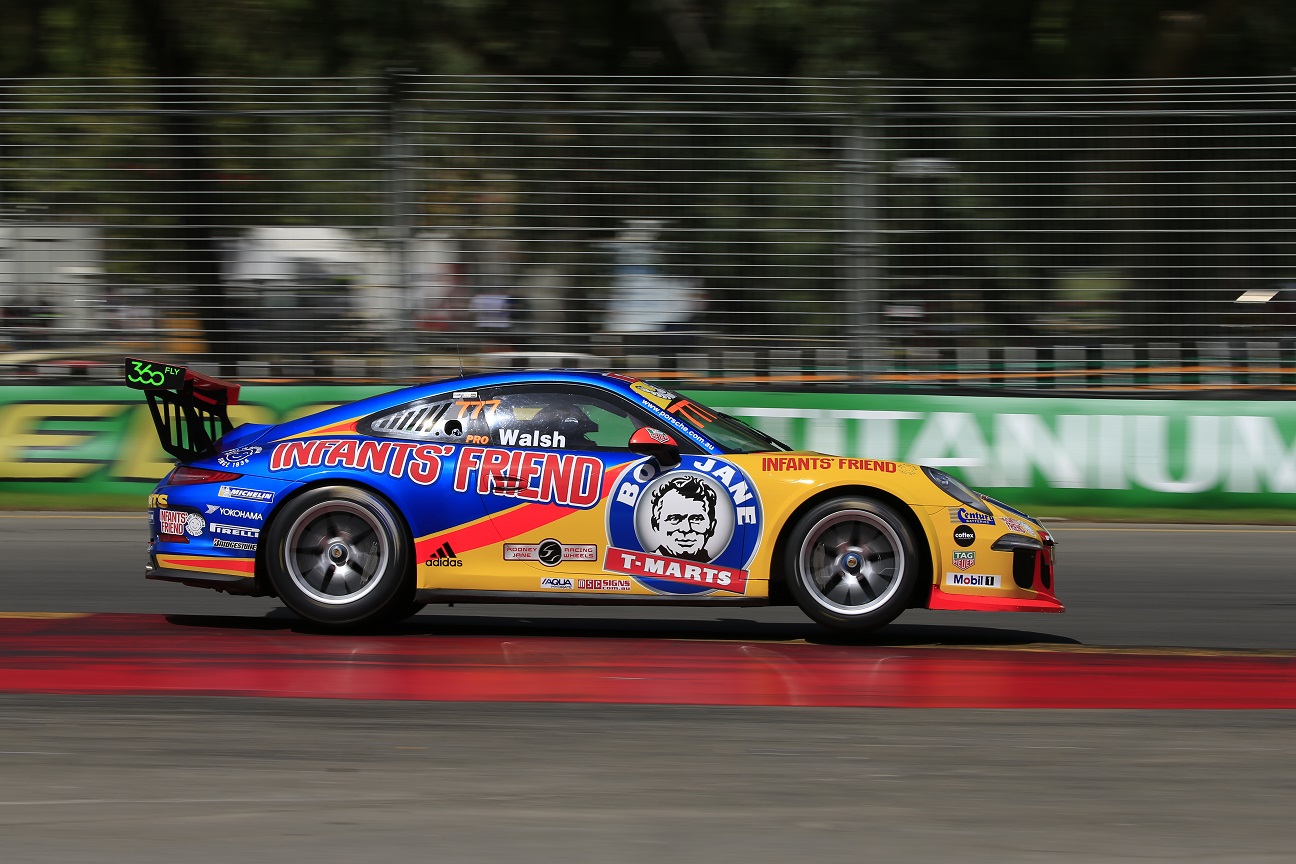 Ash Walsh has scored his first victory in the Carrera Cup after leading home a sometimes wild second race on the streets of Adelaide.

Walsh passed his Sonic team-mate Nick McBride on lap #9 of 18 after clearing out front.

The battle between the team-mates was set up after McBride got the jump on Race #1 winner Matt Campbell off the start. Walsh slipped into second, while Alex Davison made a move on Campbell heading into Turn #4, with the pair touching and both spinning.

Although the two leading pro drivers dropped to the rear, it in effect set up an engaging comeback as they made their way back up the order.

Walsh and McBride had a number of side-by-side battles, before Walsh made his decisive move. From that point forward Walsh held station at the front.

Michael Almond settled into third through to the finish, while Steve Richards came home fourth ahead of David Wall and Fraser Ross.

Down the order Davison came across a determined Shane Smollen; with the defending Tag Heuer Carrera Challenge racer holding off a number of attacks from the professional driver. Davison finally getting through to finish eighth; one place ahead of Campbell.

Smollen’s battle brought fellow semi-pro racer Tony Bates in the mix and he got through on the penultimate lap. Stephen Grove home third in the Tag Heuer Carrera Challenge.

The final race of the weekend will be held Sunday afternoon at 2.10pm.

VIDEO: Walsh and Bates speak after the Race 2