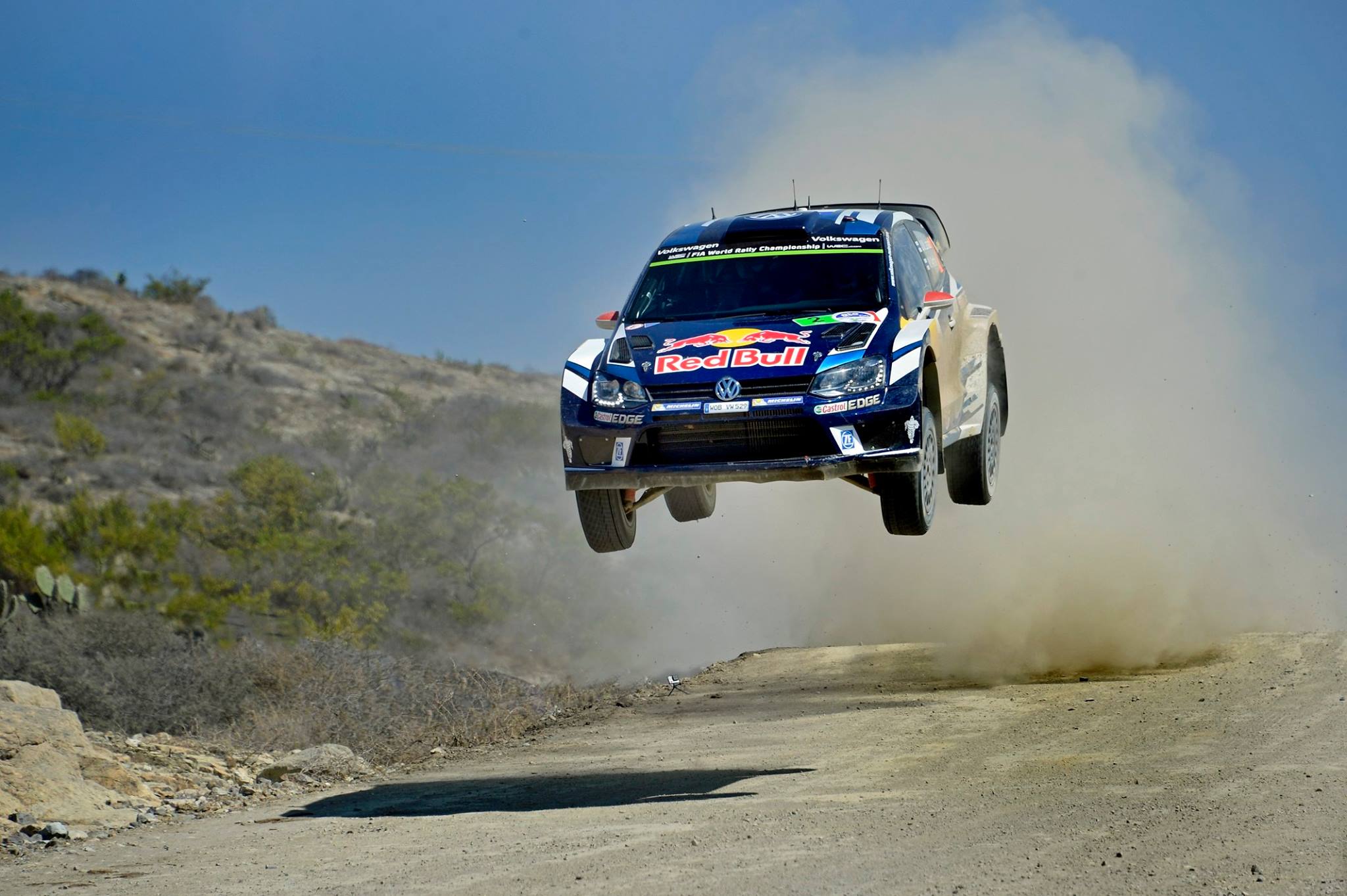 Latvala has jumped to the lead in Mexico

Jari-Matti Latvala has made the most of his low road position to build a handy lead at the Rally Mexico.

Starting eighth on the road, the Volkswagen driver got the best of the swept line to win all four loose surface special stages and head team-mate Sebastien Ogier by 32.1s.

The Frenchman was first on the road and was powerless to restrain Latvala.

The World Champion even had to avoid some cattle on the stages.

He regained a few tenths of a second on the three short spectator tests in León, but the gap could prove a big challenge over the rest of the rally as Latvala will continue to start down the order on the next leg.

“I have to be a bit careful and patient because I don’t need to take all the time in just one stage.”

Dani Sordo held third all day in a Hyundai i20 to end 75s off the lead.

Andreas Mikkelsen topped the times in León’s street stage, but an overshoot and handling problems upset his chances of closing on Sordo and they were split by just over 30s.

Hayden Paddon (Hyundai) and Mads Ostberg (Ford) fought for fifth all day and were separated by 14.8s at the close.

Paddon damaged his i20’s suspension after swiping a wall and burned his hand while making repairs. He also slid into a ditch after his car mysteriously filled with dust in the final mountain stage.

“We always knew this rally was going to be challenging and it certainly thrown up a few challenges today,” said Paddon.

“I probably made it difficult for myself by going with the wrong tyre choice this morning, going for the hard compound when soft was the best choice so we lost a bit of time there.

“Then we broke a suspension arm when we slightly hit a bridge on the following stage and lost another 30s, so it was a tough morning.

“This afternoon has been better, we got the tyre choice right, but still just some little issues inside the car.

“Little technical problems which you can expect with a new car like this on gravel for the first time. We’ll press the reset button tonight. The position’s still okay, we’re in the top five, but I obviously want to improve to we’ll work on that tomorrow.”

Thierry Neuville retired in the opening stage when he spun into a bank and broke his car’s suspension, while Eric Camilli dropped many minutes with a puncture and later lost first and second gears.

Saturday’s second leg is the longest of the rally at 152.4km of timed stages.

Drivers face six gravel tests in the mountains north and east of León before two short stages at the city’s motor racing circuit and a night test next to the service park.