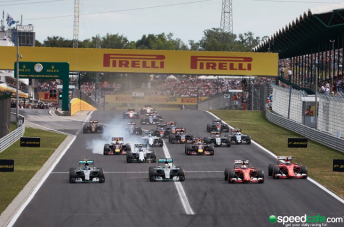 Formula 1 will adopt a new qualifying format this year

The radical elimination qualifying format is scheduled to debut at the Australian Grand Prix after receiving approval by the FIA World Motor Sport Council.

Amid concerns from F1 boss Bernie Ecclestone that the sport would not have the technology at his disposal to implement the format, Formula One Management has now assured the system should be in place for Albert Park.

The format will see qualifying split into three segments with eliminations taking place at 90 second intervals.

Q1 will last 16 minutes with the slowest driver eliminated from proceedings after seven minutes.

Eliminations will take place every 90 seconds until there are 15 cars remaining.

The second segment of qualifying will comprise a 15 minute session following a similar pattern to Q1 although the slowest driver will be eliminated after six minutes.

The final eight cars will take part in Q3 which will follow the same elimination procedure until there are two drivers left to do battle for pole position.

A tweaked proposal which would only see eliminations take place in Q1 and Q2 only was reported this week but has failed to receive the green light.

Initially approved by teams and F1 chiefs, the new qualifying system has attracted criticism from drivers who have urged the FIA to make an amendment to the proposal.

The World Motor Sport Council has also confirmed the deadline to determine Formula 1’s 2017 sporting and technical regulations has been pushed back to April 30.