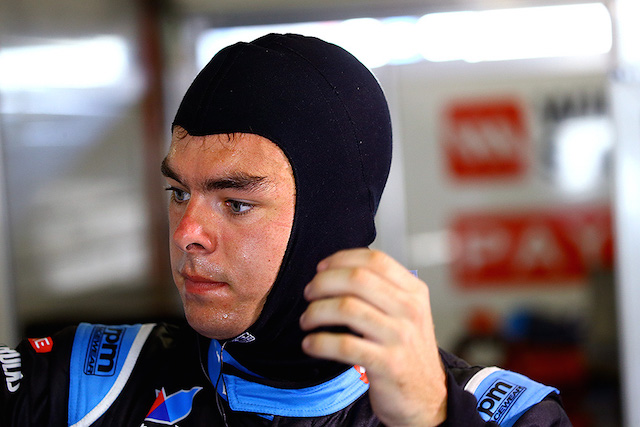 V8 Supercars has ramped up its medical strategy ahead of scorching temperatures predicted for the physically brutal Clipsal 500 through Adelaide’s parklands.

Medical staff have ensured all teams have adequate cooling facilities for their drivers on the eve of the twin 125km races today and the punishing 250km race tomorrow.

The bureau of meteorology has forecast a maximum of 39c today and 38 tomorrow with in cabin temperatures predicted to reach 70c.

Many passive systems have been pre-checked while stores of refrigerated intravenous fluids are at the ready in case drivers experience high levels of heat stress.

“I’ve checked that most of these teams do have ice baths functioning,” V8 Supercars Championship Dr Carl Le told Speedcafe.com.

“It is something we are going to have to keep an eye on.”

Adelaide has experienced several heat-related emergencies in the past starting at the inaugural event in 1999 when Dick Johnson Racing driver Paul Radisich had to be pulled from his car by crew members in pitlane.

Other incidents have involved then debutant Rick Kelly in 2002 while Steve Owen put a scare through his team when his body was shutting down in searing heat in the Autobarn Commodore 10 years ago.

“He (Owen) had us all worried because there was nothing we could do. He was just shutting down and we thought he was going to have an almighty accident,” team owner Rod Nash recalled.

“He was getting slower and slower each lap until he finally came to a halt gently which was a huge relief to us.”

“I know V8 Supercars have a rule which makes mandatory use of driver cooling methodologies and those have shown in the past at tests with Universities last year that driver performance is not a problem and driver safety is good if those systems are followed,” Brady told Speedcafe.com.

A special stewards bulletin has already been dispatched to all teams in the wake of the extreme weather.

Dr Le said there are specific mechanisms in place to ensure drivers are adequately protected from potentially heat crippling emergencies.

“From the medical side we have constant monitoring with all the drivers in communication to their teams and I have a radio which can listen into all that talk as well,” Dr Le said.

“There’s a few mechanisms in place. The first is that if the temperature is high enough it is mandatory for drivers in the main game and Dunlop Series to wear working cool suits.

“In addition to that we give them information in how best to manage the heat.

“The first phase is before they hop in the car. There needs to be pre-cooling. Most drivers should be aware, like most athletes are, that they need to cool themselves down.

“In the car there is the cooling systems which is piping cold water onto the chest area and secondly the cold air on top of the dry ice is directed at the top of the helmet as well.

“Those two methods are quite effective at cooling the body.

“The third important feature is that the drivers need to stay well hydrated.

“Obviously everyone sweats differently but you can lose several litres of fluid through sweat and that needs to be replaced.

“We know from practice previous events that under Safety Car periods clearly the cars are going at lower speed and there is more heat sink going into the vehicles and there is less heat exchanged.

“So we want to minimise Safety Car periods.

“Most of the temperature in the cockpit comes from the engine. So if the ambient temperature is high that reduces the convection and heat exchange inside the cabin.