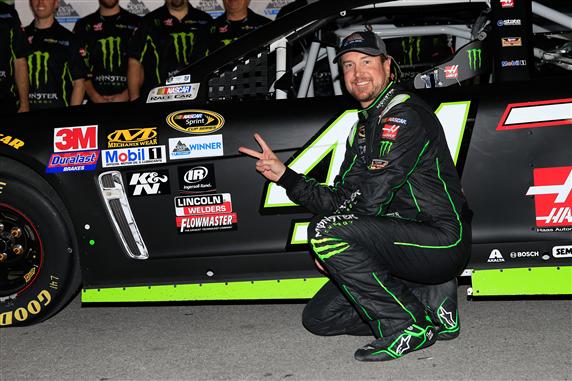 Kurt Busch has scored his second consecutive pole award with the fastest time in qualifying in Las Vegas.

Unlike last week where he inherited pole after his brother Kyle had his car fail a technical inspection, it was all his own doing this time in his home town.

“Man, I wasn’t going to lift for anything,” Busch said.

“I was giving it all I had. I’m really proud of the team to help me get to that third round.

“I was overdriving the car and I needed to settle in and (crew chief) Tony Gibson made a great adjustment in that last round.

“I was hoping to put on a show for the home crowd, get the pole, but now we’ve got to go to work tomorrow. I hope we can get the car dialed in for long run speed for Sunday.”

Sharing the front row is Joey Logano with the second row occupied by Matt Kenseth and Brad Keselowski.

Next Story Keselowski comes up trumps in Las Vegas