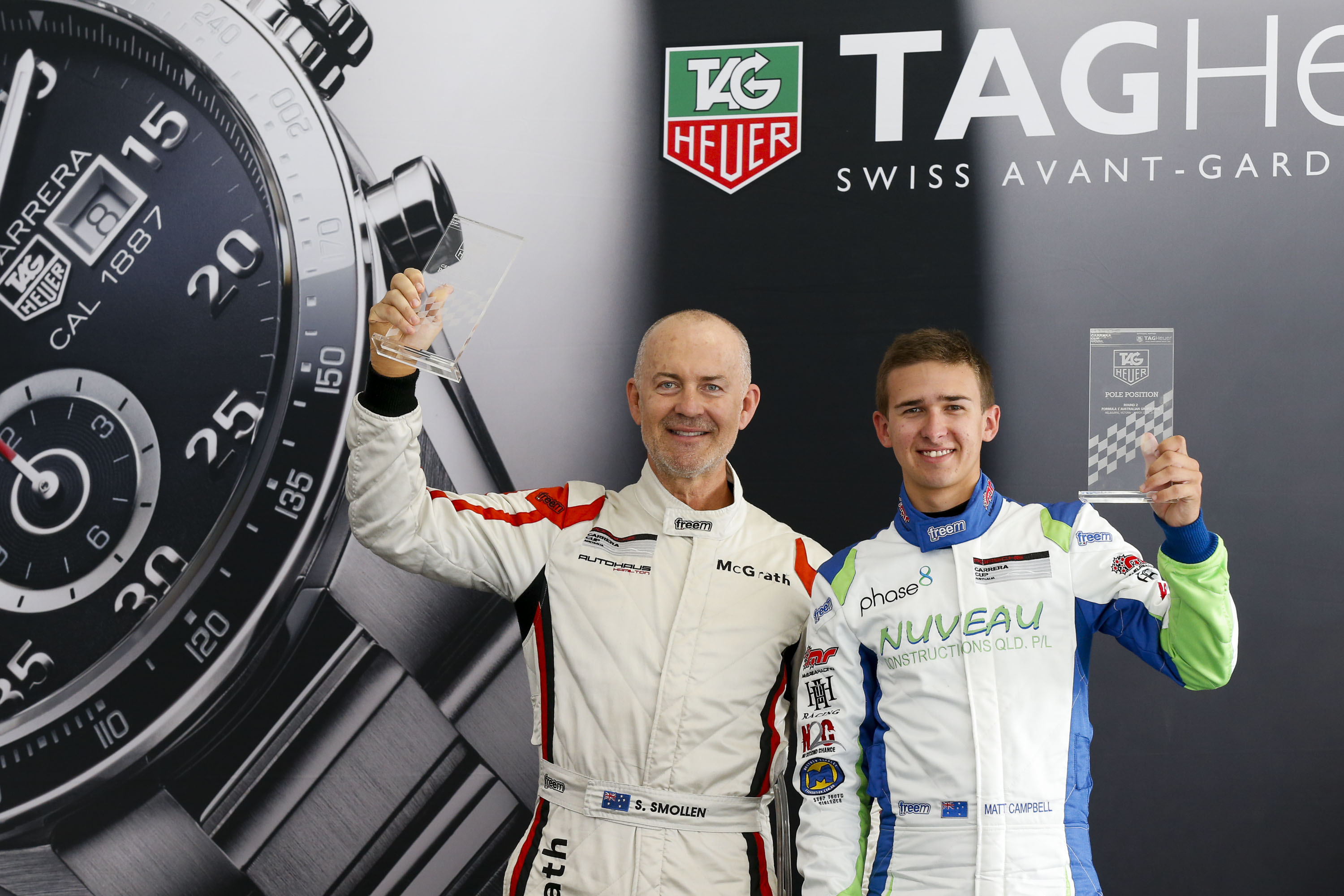 Smollen and Campbell with their pole awards

Matt Campbell has started his Carrera Cup season on the right note with pole position on the streets of Adelaide.

After a stellar rookie season in 2015, Campbell is one of the championship favourites and he delivered in a red flag hit session.

With the Carrera Cup being the first cars on the track in the Friday running, a number of drivers were caught out on the somewhat dirty circuit.

A number of spins and overshoots for many drivers dominated the early stages of the 20-minite session. Then rookie Dylan O’Keeffe tagged the wall at Turn #4 to bring out the red flag.

As the session re-started the times started to tumble with Campbell going to the point from Carrera Cup returnee Alex Davison. Former V8 driver Ash Walsh was on a hot lap when he encountered traffic. Any chance of another lap was ended when the chequered flag fell.

In the Tag Heuer Carrera Challenge, defending champion Shane Smollen set the best time. This coming after he tagged the wall in the opening practice yesterday.

The first race of the season gets underway later this afternoon at 3.05pm.