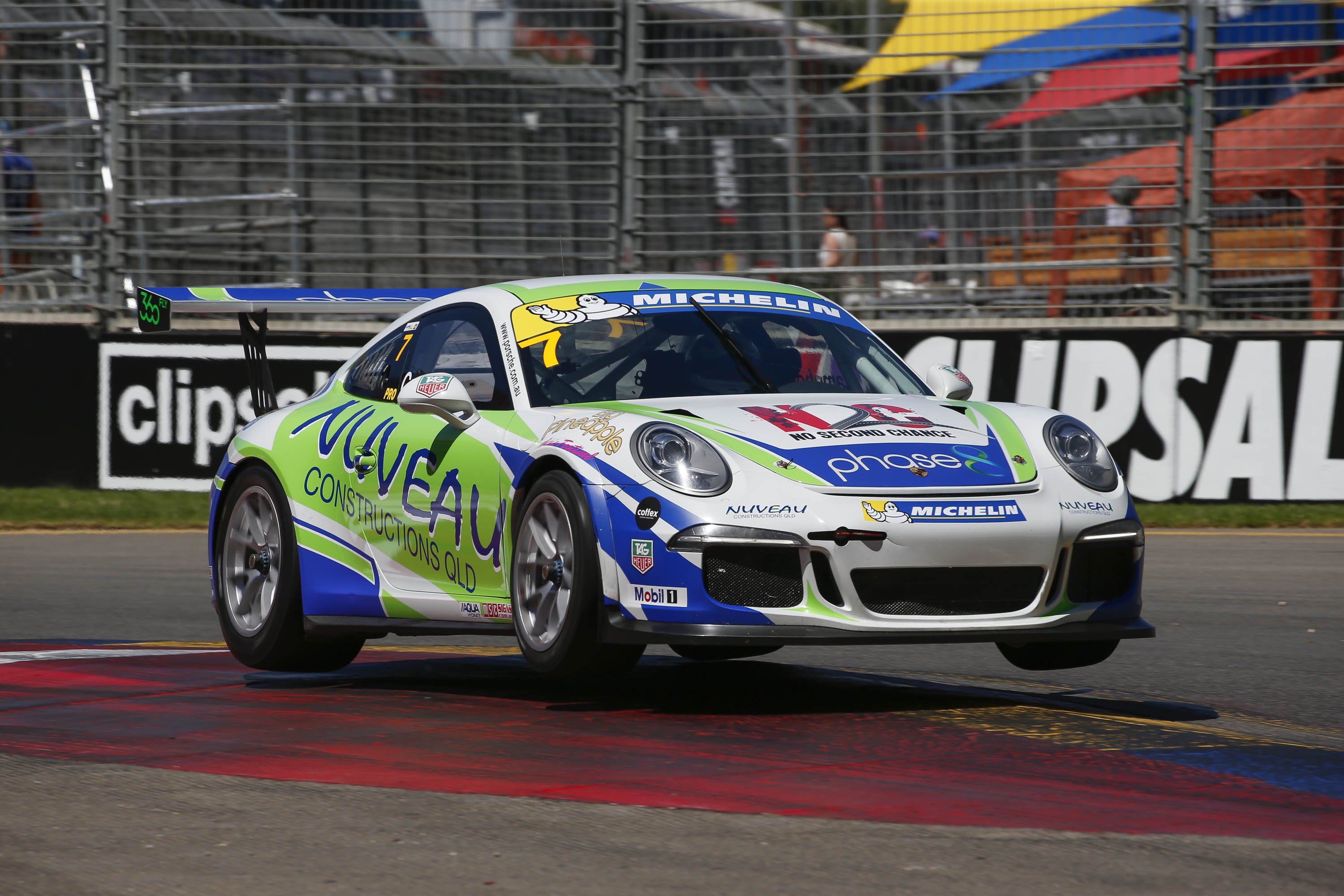 Matt Campbell got the jump in Race 1

Matthew Campbell has won an abbreviated opening race of the Carrera Cup in Adelaide.

After a post-qualifying review awarded former V8 racer Ash Walsh pole, it was Campbell who got the jump from the second spot to lead the field into the opening corners from Nick McBride and Alex Davison.

Then exiting Turn #4 James Abela came together with Garth Walden and both cars sustained damage and parked in the gravel trap.

Up the road Walsh passed Davison, only moments before the Safety Car was called.

Six laps were spent behind the Safety Car and when racing resumed Campbell maintained position up front as the race finished after 10 of the scheduled 16 laps.

In the Tag Heuer Carrera Challenge Tony Bates got his season off to a good start with victory in the semi-pro category from Shane Smollen and Stephen Grove.

The second race of the Carrera Cup will be held on Saturday at 11.35am local time.

VIDEO: Campbell and Bates speak after Race 1 in Adelaide