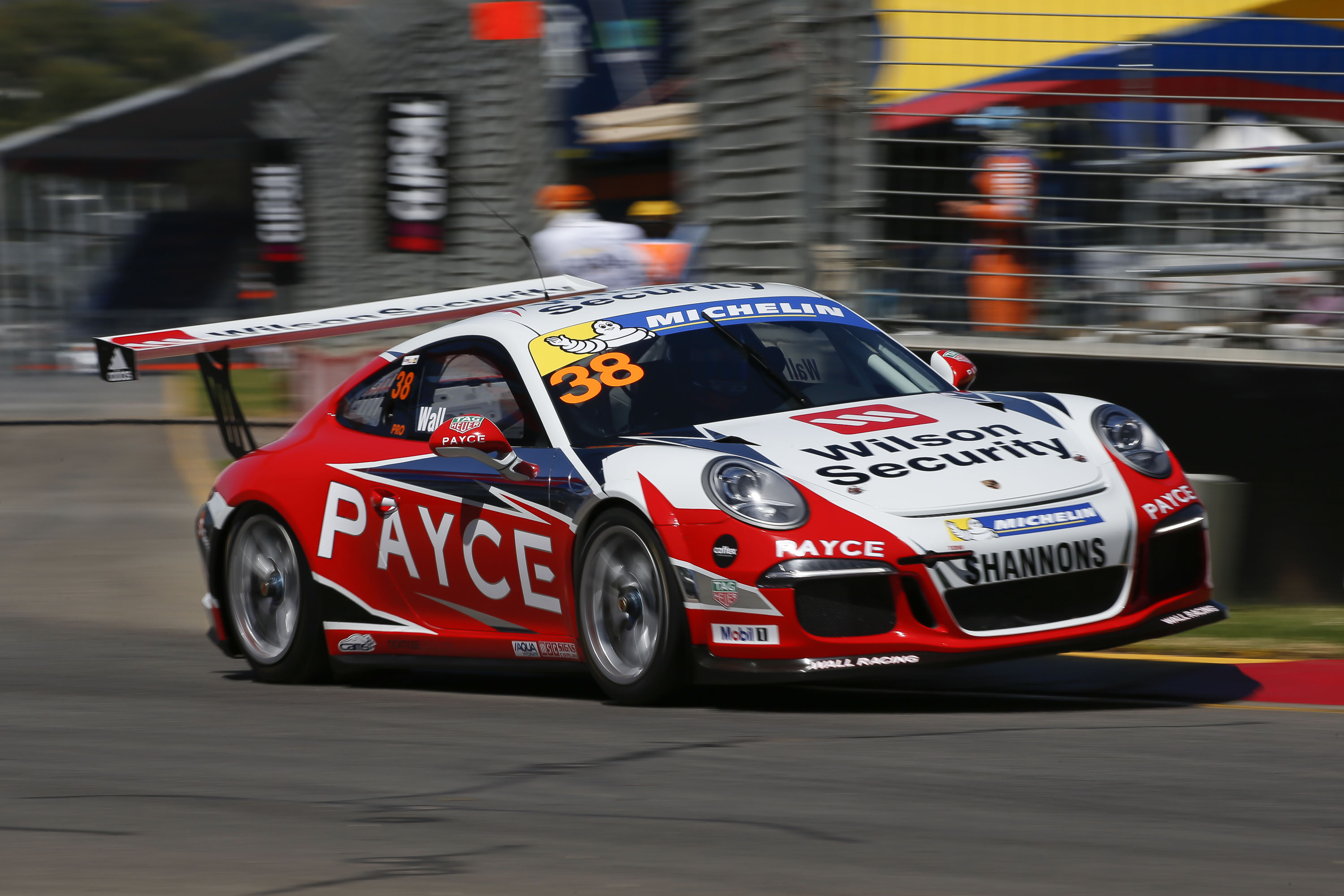 David Wall was the fast man in Thursday practice David Wall has marked his return to the Carrera Cup by setting the fastest time in the practice sessions ahead of this weekend’s opening round on the streets of Adelaide.

After a number of seasons in V8 Supercars, Wall was pleased with how things went after only one full day of testing ahead of the season at Sydney Motorsport Park.

Wall led both sessions from Matt Campbell with another former V8 driver in Ash Walsh third quickest in the first session; while Michael Almond was behind the top two in the second practice.

Both sessions featured a number of spins with Walsh in particular having a wild ride out of the Senna Chicane.

The only person to sustain any damage, although minor, was defending Tag Heuer Carrera Challenge champion Shane Smollen who tagged the fence exiting Turn 11 in practice 1.

Tony Bates was the star in the Challenge ranks by setting the fastest time of the day in the semi-professional ranks and sixth overall in the opening practice.

The Carrera Cup will hold qualifying from 8.45am local time on Friday followed by the opening 16-lap race of the season at 3.05pm.

Next Story Campbell on pole for Carrera Cup opener