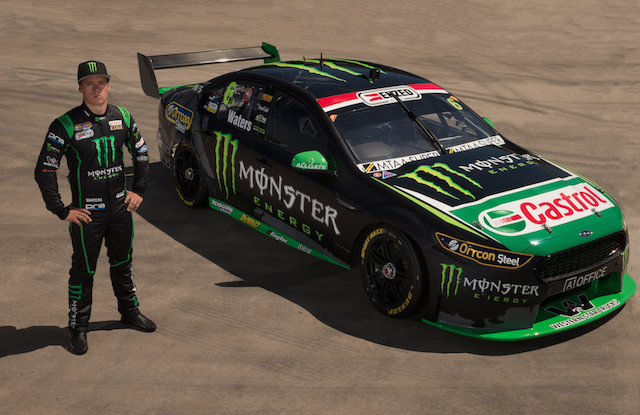 Cameron Waters with the Monster Ford

Prodrive Racing Australia has confirmed that Cameron Waters will compete with primary backing from Monster Energy in this year’s V8 Supercars Championship.

Waters’ graduation from Prodrive’s Dunlop Series squad to its main outfit has been an open secret for months, but was not officially announced until this morning’s sponsor launch.

The Monster deal marks a significant uplift in the drinks company’s involvement in the category, which also sees it continue as a minor backer on the Holden Racing Team Commodores.

Waters slides into the #6 garage full-time this year in place of Mostert, who has been transferred into Prodrive’s #55 entry in order to avoid the risk of pitlane stacking with fellow title contender Mark Winterbottom.

“It is really cool to confirm my plans for this season and to have Monster Energy come on board is amazing, I am really honoured such a big global supporter of motorsport is joining the team,” Waters said.

“They are a super-cool brand and the opportunities we are going to have this year are pretty awesome. We’re going to have some fun and I look forward to meeting other Monster Energy athletes from around the world.

“I am also proud to be driving the #6 alongside Frosty. He has a wealth of experience and as a Bathurst winner and champion of our sport I am keen to work closely with him to assist my development.

“The last few years have all been working to getting to this position and while I am eager to start running at the front, I know it will take time to build into a rhythm.

“Our series has some of the world’s best touring car drivers and I am looking forward to the challenge of mixing it with them.”

After months of negotiations, team principal Tim Edwards added his delight at announcing the deal on the eve of the season opening Clipsal 500 Adelaide.

“We are all very pleased to have Monster Energy come onboard with Cameron, it is a great fit for our team and V8 Supercars as a whole,” Edwards said.

“Monster Energy are masters of activation and content creation and we look forward to working with them on future projects off track while enjoying success on track as Cameron builds his experience in his rookie year.” Waters is set for his first full main series season 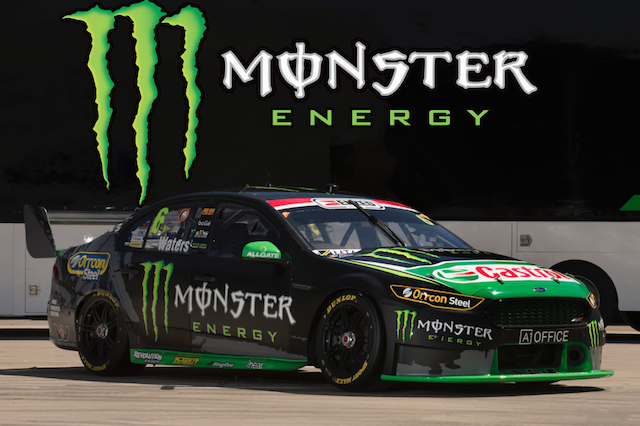 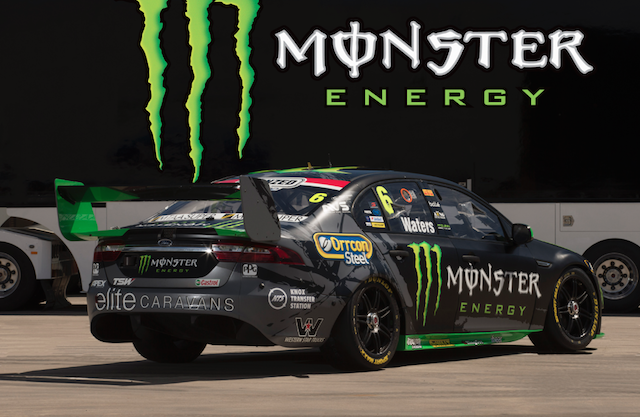