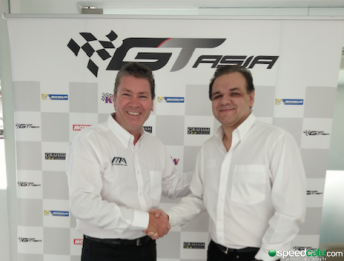 The former racer, promoter and driving instructor joins the series with more than 30 years of experience in the industry.

Wilson, a former general manager of Radical Sportscars Australia and Trofeo Motorsport, the Australian importer of Pirelli tyres, will oversee the expansion of the growing GT3 championship.

His responsibilities will include liaison with the many international teams involved in the championship, as well as management of event logistics.

“There’s no question that the Asian market is where the world’s focus is at present, so it has always been on my radar as an area where I’d like to be involved,” said Wilson.

“I have been talking to Motorsport Asia over the last 6-12 months about what opportunities they might have to utilise my skills, and with the recent takeover by Motorsport Asia as the sole promoter of the GT Asia Series, an opportunity became available for Series Manager.

“I have had experience in the Asian region in the past with official tyre testing as well as driver training.

“I’ve also managed to circulate on some of the Asian circuits at speed as a driver, so it’s not all going to be new to me, but I couldn’t be happier to be back involved with GT3 competition.”

Wilson’s first official duty will be GT Asia’s official test at the Korea International Circuit from May 9-10.