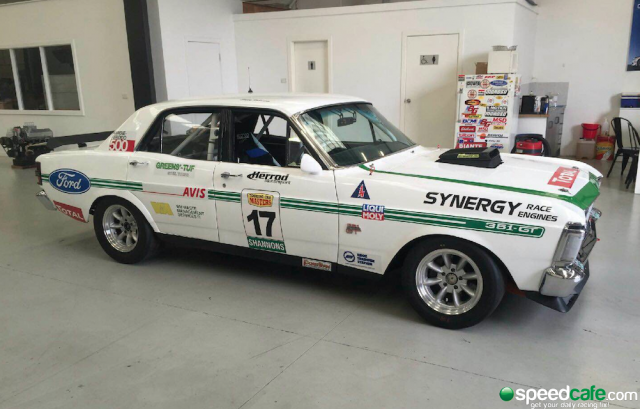 The XY Steven Johnson will campaign in Adelaide

Steven Johnson will pay tribute to the late five-time Australian Touring Car champion Ian Geoghegan when he steps behind the wheel of a Ford Falcon XY in the Touring Car Masters this weekend.

Unable to raise the budget to continue in John Bowe’s Ford Mustang, Johnson has stitched together a last minute deal to drive Tony Karanfilovski’s Falcon at the Clipsal 500 Adelaide.

Johnson had initially been slated to steer the car at Sydney Motorsport Park last year before an engine failure in pre-event testing left him on the sidelines. 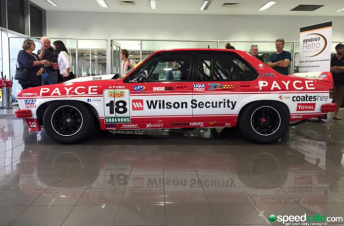 Praising the variety of machinery among the TCM pack, Johnson says he’s looking forward to giving Falcon fans something to cheer for.

His car’s Adelaide livery represents the ‘Super Falcon’ that Geoghegan campaigned in the 1972 ATCC, where it enjoyed a number of legendary battles with Bob Jane’s Camaro, Allan Moffat’s Mustang and Norm Beechey’s Holden Monaro.

“It’s such an iconic car and running these colours makes it even more special,” Johnson told Speedcafe.com of the Falcon, which is being prepared by Steve Makarios’ Synergy Race Engines in Melbourne.

“It’s an older car and it’s not as refined as the Mustang, but we’ve worked hard on it in the limited time we’ve had and I’m sure we can continue to improve it through the year.

“There haven’t been too many of these cars at the front in this category, so I think it’ll be a massive fan favourite with all of the TCM followers.”

Although confident that the Falcon can be developed into a winner, Bowe’s Mustang also sits at Makarios’ workshop and could make another appearance in Johnson’s hands later in the year.

Karanfilovski, who has previously expressed a desire to sell the Falcon, will continue to race his Sydney-based Ford Mustang in the TCM this year.

“We’re aiming to do the whole season, but the Adelaide deal is a one-off at the moment and we’ll have a discussion after the weekend about where we go with either the XY or the Mustang,” said Johnson.

‘Everything was only fully confirmed yesterday so it’s been a rush to get to Clipsal, but we’ve got a great little team that has worked a lot of hours to get it prepared.

“Once we get to the race track it’s only going to be Steve and I, so when I’m not in the car or the commentary box (calling the Carrera Cup for television) you’ll probably see me on the spanners.

“It’s going to be a lot of fun and if we can put in a good showing and finish in the top three to five it’ll at least be a solid start to build from.”

A Greens’-Tuf sticker also adorns the doors in reference to the former sponsor of Johnson’s own five-time ATCC winning father Dick.