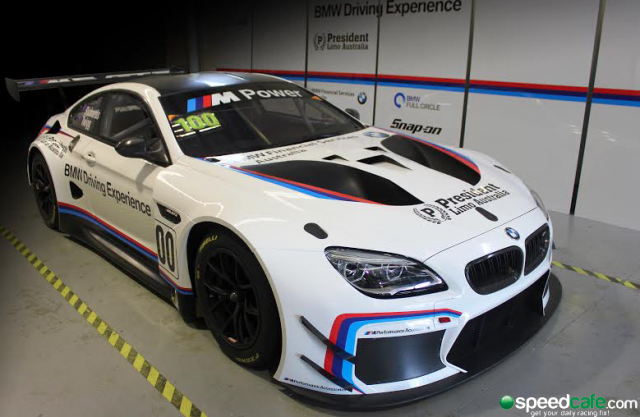 BMW Team SRM has taken the covers off the livery it will campaign in the Australian GT Championship.

Steven Richards and Max Twigg will debut the car at this weekend’s season opener at the Clipsal 500 Adelaide.

The car will run the #100 to commemorate the German manufacturer’s centennial year.

“This really is the final piece of our puzzle as we get ready for our first ever hit-out with the BMW M6 GT3 at the Clipsal 500,” said Richards.

“To be running in the customer racing livery for BMW is the icing on the cake, as this project really takes shape.”

BMW Team SRM confirmed last month that it will compete in every round of the Australian GT Championship and the four-round Australian Endurance Championship.