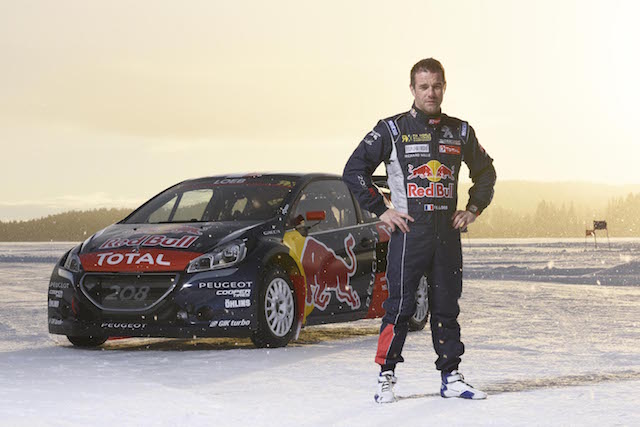 Nine-times World Rally Champion Loeb will link with the Team Peugeot-Hansen squad alongside Timmy Hansen in a twin 208 Supercar attack.

The Frenchman’s availability was also freed-up by Citroen’s decision not to continue with his World Touring Car Championship program this year.

Loeb will now go up against his former WRC rival Petter Solberg who has claimed back-to-back World Rallycross titles.

“I’m very excited by this opportunity to participate in the full FIA World Rallycross Championship for the first time,” the 42-year-old Loeb said.

“Over the years I have been fortunate to participate in some truly amazing racing, but rallycross – with the sheer power and the competitiveness of the Peugeot 208 WRX plus the intense nature of the competition – will be something very special.

Team Principal Kenneth Hansen said: “Last season we proved that we had the potential to perform in the series with Timmy Hansen and Davy Jeanney.

“By adding Sebastien Loeb to the equation, we will be even stronger.

“Rallycross is one of the hardest disciplines to dominate, with no room for mistakes.

“Loeb has incredible capacity to adapt and I have no doubt that he will be a strong challenger.”

The opening round of the 2016 FIA World Rallycross Championship is scheduled for Montalegre, Portugal, from April 15-17.

VIDEO: Loeb and Hansen go for a skid on the ice