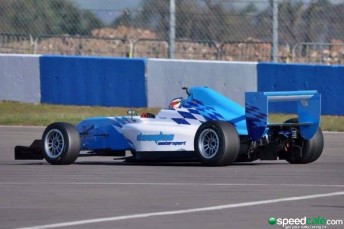 A quartet of Australian Formula 4 graduates have impressed in testing as they gear up for their maiden seasons competing in Europe.

The Victorian was the only driver to post a time in the 1:55s bracket in front of the majority of his BRDC F4 rivals, with Carlin the only team absent.

Randle’s impressive time was set in only his second day in the newly-built Tatuus F4 car having made his test debut at Donington Park earlier last week.

“I know its only the beginning for us, but the first two tests couldn’t have gone any better,” said Randle.

“Over 90 percent of the field were at the last test at Silverstone, so to leave knowing we were quickest is definitely a positive.

“I really enjoyed driving around Silverstone and I am looking forward to heading back there soon.” 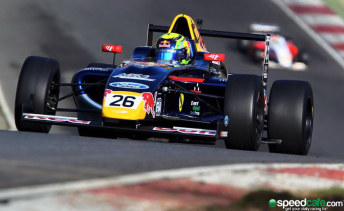 The Red Bull junior was the only driver to lap the Kent circuit under the 46s barrier, posting a session best of 45.973s.

Fellow Australian Harry Hayek was 0.6s adrift of the pace on his debut at the Kent circuit in 12th position.

The BRDC F4 Championship begins with a visit to Snetterton on March 27-28, while the MSA Formula season kicks off at Brands Hatch from April 2-3.