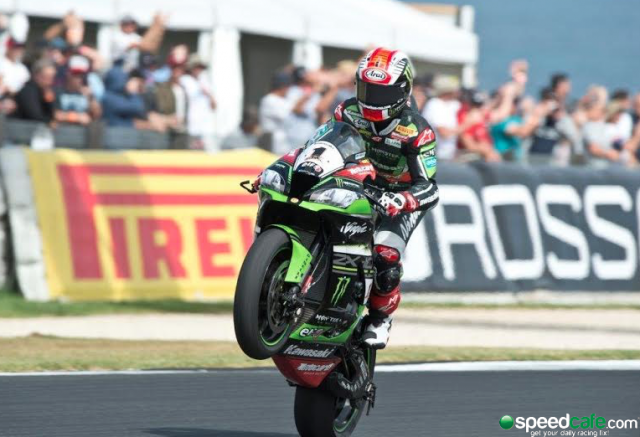 Jonathan Rea enjoyed a perfect start to his World Superbike Championship defence by securing victory in a thrilling second race at Phillip Island.

The Kawasaki factory rider was forced to work hard for the win which was only guaranteed when Aruba Ducati’s Chaz Davies made a mistake on the final lap at the Victorian circuit.

Rea moved into the lead with four laps to go although the Northern Irishman lost the advantage on the penultimate tour when Davies shot through at the Honda hairpin.

However, the reigning world champion responded with a slick pass for the lead at the start of the final lap which he maintained until the chequered flag.

The battle for the final podium spot went right to flag with Davide Giuliano pipping Honda’s Nicky Hayden to third by 0.039s.

Factory Yamaha rider Sylvain Guintoli came through to finish fifth having been at the back of a seven rider train for the lead for much of the race.

Tom Sykes was sixth with the Kawasaki rider left to rue a mistake at the Honda hairpin on lap 11 which saw him drop from the lead in the early laps.

Australian Superbike champion Mike Jones ran as a high as 11th before suffering a low side which saw him retire form the race with 11 laps remaining.

Randy Krummenacher emerged as the surprise winner of the opening round of the World Supersport Championship.

The Swiss rider took the win from fellow debutant Federico Caricasulo who edged Australia’s Ant West to second spot in a drag race to the chequered flag.

Former Moto2 rider West led the race with 10 laps remaining before dropping down to as low as fourth in the closing stages.

The 34-year-old, who is searching for a full time ride, rose back up the order when race leader Kenan Sofuoglu crashed from the lead, which handed Krummenacher the advantage from West.

West seemed to be heading for second before losing out to Caricasulo on the start/finish straight.

Australia’s Aidan Wagner finished in 10th ahead of fellow countrymen Glenn Scott, Alex Phillis and Mitch Levy, who all finished inside the points.

The World Superbike Championship heads to Thailand for the second round from March 11-13. 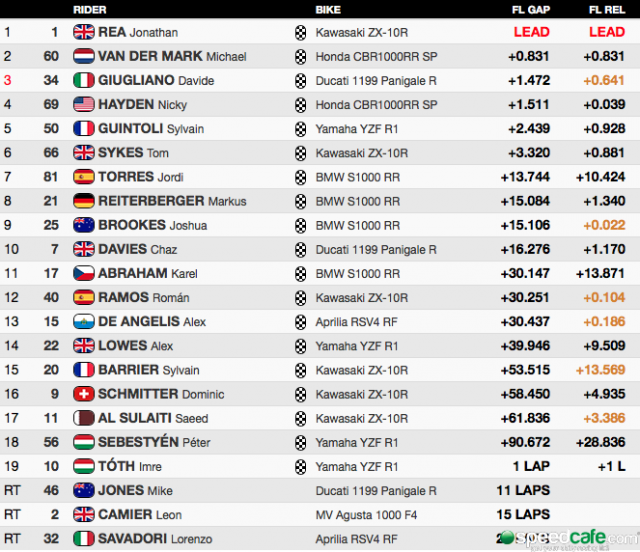