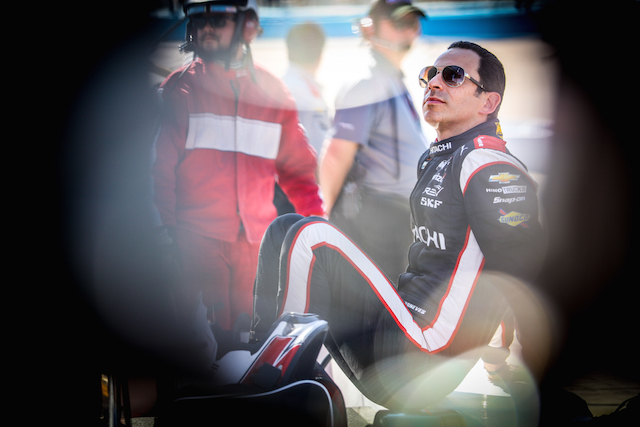 Helio Castroneves has turned a stunning lap to best the session four test times in the pre-season IndyCar hit-out at Phoenix International Raceway.

Running in the three-hour night session, Castroneves clocked a sizzling 19.27s lap in the #3 Chevrolet to claim the best time at the completion of the two-day test.

“We had a little issue with the Hitachi car in the first session, but were able to take full advantage of the second one,” Castroneves said.

“The car seemed to be very solid in qualifying trim and we were able to jump into race mode. It’s going to be fast and non-stop. The Phoenix fans are going to have a heck of a race.”

Marco Andretti’s Honda was second best of the night runners in 19.33s ahead of Ryan Hunter-Reay’s 19.39s.

Castroneves’ team-mate Will Power was forced to retire from most of the session after smoke was trailing from his #12 Chevrolet after completing just 16 laps. 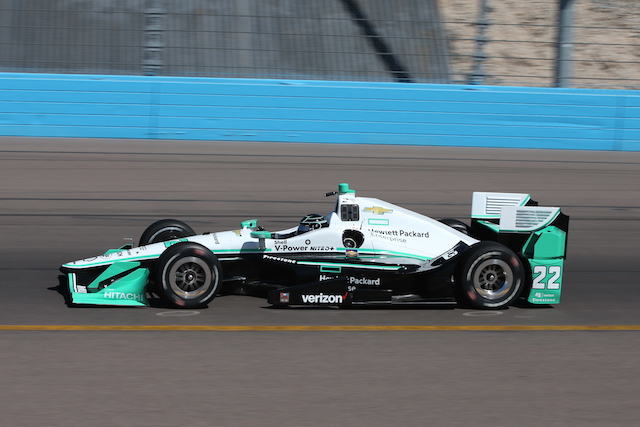 Simon Pagenaud was the fastest in session three

“We managed to get a snapshot of what qualifying would be like this time of the day (afternoon). The car was fast. So far, so good,” Pagenaud said.

Carpenter had earlier set the benchmark which was then overhauled by team-mate Newgarden before Pagenaud swooped.

Ganassi driver Tony Kanaan was fourth in 19.34s just ahead of Penske’s 2014 IndyCar champ Power (19.34s) as the Chevrolet and Honda powered teams came to grips with their new aero assemblies.

Andretti was the fastest Honda runner in daylight running in sixth with a 19.40s effort.

The only runner of the 21 to clock laps not to dip under 20s in session three at the 1.6m layout was Castroneves who was hampered by mechanical issues and failed to post a representative time.

The series now moves to Sebring for final testing this week ahead of the season-opening race at St Petersburg from March 11-13.