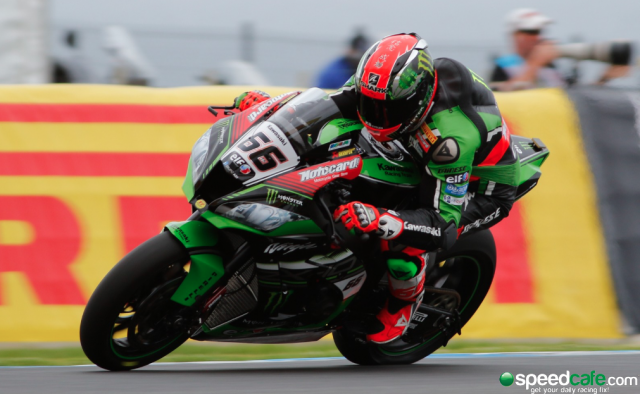 The factory Kawasaki rider waited until the dying moments of qualifying to unleash the fastest ever superbike lap around the Victorian circuit.

Sykes’ impressive 1:30.020s effort proved to be 0.078s faster than the Aruba Ducati rider Davide Giugliano as a flurry of quick times arrived late in the session.

Reigning world champion Jonathan Rea was third fastest ahead of the works Yamaha riders Sylvain Guintoli and Alex Lowes, who was forced to come through Superpole 1.

Australian Josh Brookes will start from 14th on the grid on his return to the World Superbike Championship with Milwaukee BMW.

The reigning British Superbike champion was just two tenth’s adrift of securing a place in Superpole 2.

His team-mate and former MotoGP rider Karel Abraham was 16th fastest as the Czech rider continues his transition to the series after five years in grand prix racing.

Australian Superbike champion Mike Jones, who is enjoying a one-off appearance in the championship, was 21st on the DesmoSport Ducati.

Jones was one of two riders to suffer a crash in the morning warm up session. The Queenslander was given the all clear to take part in qualifying along with Alex De Angelis.

De Angelis will start from 18th on his return to competitive action following a frightening accident at the MotoGP Japanese Grand Prix in October last year.

The opening race of the season is scheduled to start at 1500 local time. 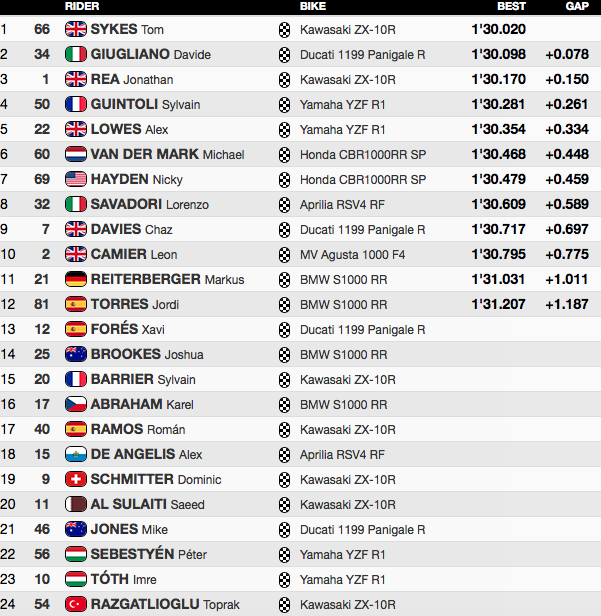