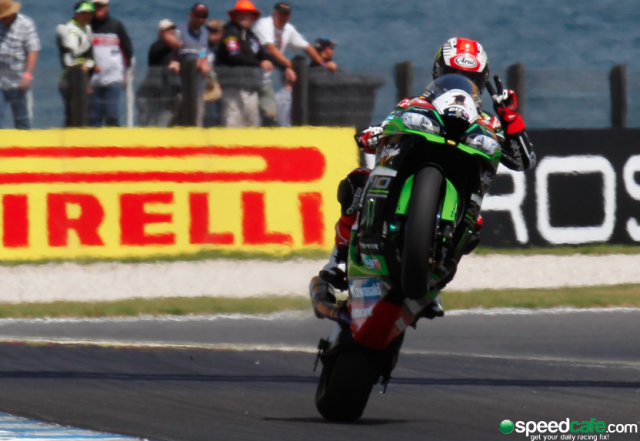 The Northern Irishman assumed the lead on lap eight and seemed in control despite coming under relentless pressure from Aruba Ducati’s Davies and Honda’s Michael van der Mark for the majority of the race.

Having followed Rea closely in the closing stages, Davies briefly moved into the lead with a last gasp move on the Kawasaki rider at MG corner on the final lap.

However, Rea held his nerve and swept back past the Welshman at the following corner to take the chequered flag in the 50th World Superbike race at Phillip Island by 0.063s.

Honda’s van der Mark produced a strong race throughout challenging Rea and Davies for the lead, but in the end had to settle for the final place on the podium.

Davide Giugliano came home in fourth for Aruba Ducati having been involved in the battle for the lead in the early stages.

Polesitter Tom Sykes led the opening laps as he fought hard with team-mate Rea but the Englishman slowly dropped down the order crossing the finish line in fifth.

Karel Abraham scored points on his championship debut along with Australian wildcard rider Mike Jones, who finished behind the former MotoGP rider in 14th position.

The World Superbike Championship continues on Sunday with Race 2 scheduled to begin at 1500 local time. 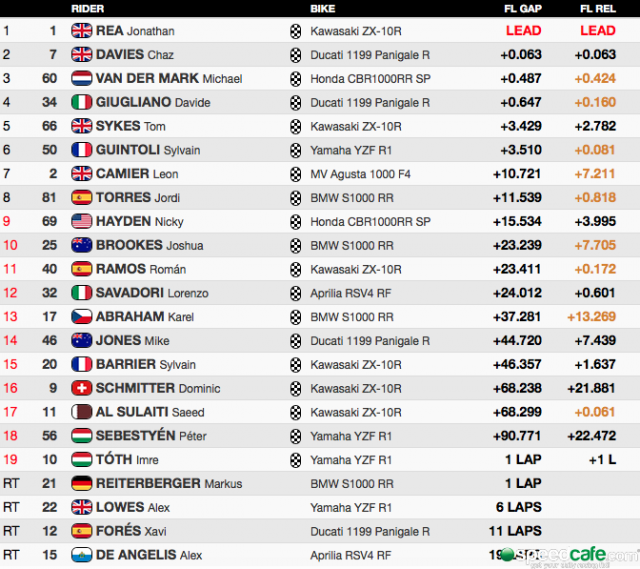