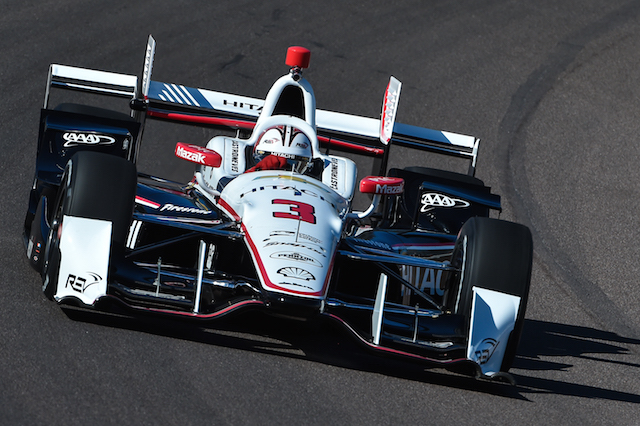 Castroneves turned a 19.58s lap to nudge Power (19.59s) as the Penske runners both unofficially lowered the track record.

Castroneves, a Phoenix winner in 2002, said the track feels relatively unchanged after undergoing a slight reconfiguration.

“After the corner, you’re like, ‘Oh, it’s opening up.’ It’s very interesting on that scenario. Doesn’t mean it’s easy.

“We’re still talking about I don’t know how many Gs, but it’s a lot.

“It’s a very heavy steering wheel, which is going to be even more heavy at night because we are going to put fuel in and things like that.”

Ed Carpenter Racing’s Josef Newgarden had earlier taken the top time with a 19.68s effort before dropping to third fastest as the teams tried out the new Chevrolet and Honda aero kits.

After being recently named as Chip Ganassi’s fourth driver for 2016, ex-F1 and one-time Nissan LMP1 driver Max Chilton was 14th fastest, just ahead of the returning James Hinchcliffe.

IndyCar returns to Phoenix for the second round of the series on April 2 for the first time since 2005.