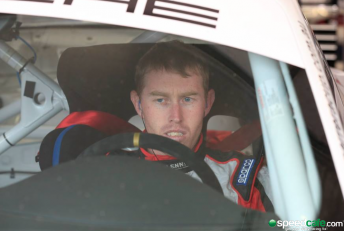 Martin had been tipped to land the drive in the Melbourne operation’s new Porsche GT3-R which is set to make its endurance series debut at the Phillip Island 101 season opener from May 29.

The Queenslander will bring a wealth of sportscar experience having competed in the FIA World Endurance Championship previously.

Martin, who enjoyed a season in the Porsche Carrera Cup Australia last season, will also campaign the entry in the Australian GT Championship sprint series with the car set to debut at Perth from May 6-8.

The squad is yet to unveil its second driver for the six round sprint series.

The 31-year-old will drive a Waltec Porsche in the opening round of the Australian GT Championship at Clipsal 500 next week.

“Walkinshaw has an amazing history in international sportscar racing and I’m proud to be driving for them in 2016,” said Martin.

“We spoke to Adrian (Burgess) quite a bit through last year, about V8’s and other options. But when the Australian GT opportunity came up, we knew it was the way to go.

“In the end it was really a straight forward decision as they have been around for a long time and always operated at the highest level in every category the compete in.”

Partnering Martin in the endurance series is Padayachee, who joins the project having competed in the Porsche Carrera Cup for the last three seasons.

“I have never driven with John before, but I followed him closely when he raced overseas and we raced against each other in Carrera Cup last year,” said Padayachee.

“He is obviously very experienced, so combined I think we can both work towards optimising the GT3 R to our liking and be competitive in the Endurance Series.

“It will be a learning year for all of us, but what we learn this year will help us to be successful in the future.”

Padayachee will dovetail his GT commitments with another season in the Porsche Carrera Cup with McElrea Racing.