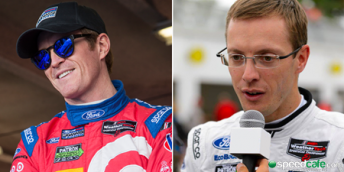 Dixon will join Australian Ryan Briscoe and England’s Richard Westbrook in the #67 Ford GT while Bourdais moves into the #66 machine alongside German Dirk Muller and American ace Joey Hand.

“To have six high-calibre drivers who unselfishly know how to share with each other supports the momentum for the next step in North America.

“Our culture is about drivers, who as teammates hand the car to the next as they would like to receive it.”

Ganassi is launching a concerted campaign with the GTs in America’s IMSA Championship while running a parallel effort with two other machines in the World Endurance Championship.

It co-incides with the 50th anniversary this year since the GT40 blasted to a podium clean sweep of the Le Mans 24 Hour race.

Ganassi won the 2014 Sebring 12 Hour in the prototype category with Ford power in their very first attempt.

The forthcoming race marks the team’s first attempt at victory in the race’s GTLM category.

In addition to Sebring, the team has captured seven IMSA championship titles, 46 wins and has six overall victories at the Rolex 24 At Daytona.