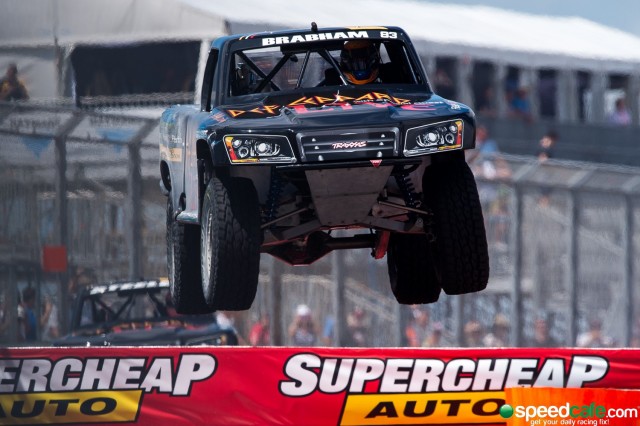 Indianapolis 500 rookie Matthew Brabham will return for another run in the Stadium Super Trucks on the undercard at the Clipsal 500 next week.

The 22-year-old grandson of Sir Jack Brabham will be part of the United Fiber & Data team put together by Super Trucks regular Bill Hynes.

It follows Brabham’s debut in the high flying trucks at the Castrol Gold Coast 600 and Coates Hire Sydney 500 last year.

The Adelaide visit comes in between Brabham’s preparations for his IndyCar debut in May in an Australian-devised Pirtek Team Murray #61 Chevrolet.

The program will involve Brabham running in the Angie’s List Grand Prix on the Indy road course on May 14 followed by his entry in the 100th running of the Indy 500 on May 29.

“While the Stadium Super Truck is completely different to an IndyCar, it will probably be the last chance I have to be in Australia before things get a bit crazy back in the States,” Brabham said.

“So it will be a great opportunity to give back to the Aussie fans before we start our Indy quest.”