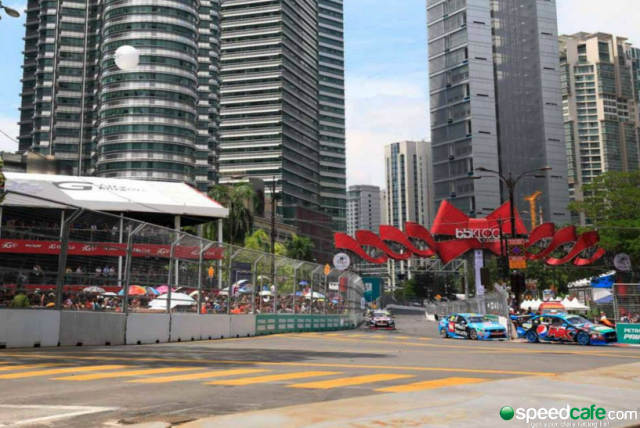 A new group backed by the Malaysian Government has taken control of the street race in Kuala Lumpur, where V8 Supercars is scheduled to hold its maiden championship event in August.

V8 Supercars signed a four-year agreement with the Malaysian organisers of the KL City Grand Prix which included the demonstration races at the inaugural street race held last year.

The shareholder shake-up has claimed the scalp of GT Global chief executive M Arrasu while the event now assumes a new name, KL City 400 instead of KL City Grand Prix.

While the behind-the-scenes dispute has put preparations behind schedule, concerns over whether it will proceed have been deflected by key people linked to the event.

New stakeholders attended a V8 Supercars sponsorship forum held in Sydney recently and will also attend the season-opening Clipsal 500 in Adelaide next week.

The Malaysian event is proposed to return to the 3.2km, 16-turn circuit which threads its way through downtown KL and passes by the internationally recognised Petronas Towers.

Several Speedcafe.com sources have confirmed their knowledge of internal problems although they have been assured there is no threat to the event’s future.

“There is a legal battle between the owners but I believe the KLGP will take place and the issues will shortly be resolved,” the well-placed source said.

“Apart from rumours, we currently have no more details on the event.”

The KL leg of the championship is scheduled from August 12-14 with 4x100km races to be held across the weekend under the International Super Sprint format.