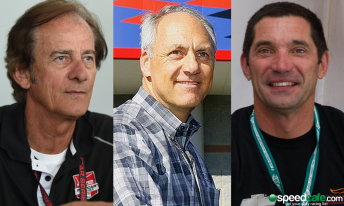 Davis, a former long-time Ford employee, will oversee the team as chief steward.

A new stewards panel had been priority since Jay Frye took up the role as head of IndyCar’s competition and operations department.

“As soon as we began the process of identifying our race stewards, we targeted Dan, Arie and Max and we’re thrilled they agreed to join this extremely important initiative,” Frye said.

“IndyCar’s stewards have a great deal of experience across many different areas of motorsports and we are confident their varying perspectives will mesh well for consistent execution and enforcement of our rules.”

Luyendyk, who was known as ‘The Flying Dutchman’ and was an oval specialist, still holds the Indianapolis one and four-lap track speed records which were set in 1996.

He had been in charge of driving the Safety Car in recent years.

Papis enjoyed a 10-year run in CART and the IndyCar Series.

Among Papis’ three career victories was his triumph from 25th on the grid at Laguna Seca in 2001 which remains a record on a street or road course for winning from the lowest starting position.

“Our desire was to assemble a team with varied backgrounds that would work together to move IndyCar forward in the area of monitoring on-track competition,” Frye said.

“Being a race steward requires thorough knowledge and consistent interpretation of the rules, as well as the ability to enact them with resolve. This is the right group to do that.”

IndyCar vice president of competition Brian Barnhart will remain in his role as race director and oversee the management of the races.