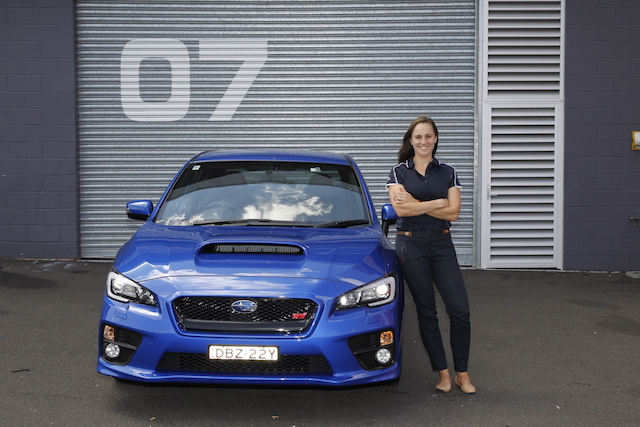 Molly Taylor will be charged with handling Subaru’s long-awaited return to the Australian Rallying fold.

Recently awarded the CAMS Peter Brock Medal, Taylor will be in charge of a WRX STi NR4 in this year’s Australian Rally Championship.

The car will be prepared by the experienced Les Walkden operation in Tasmania which has a long history with Subaru.

“She’s got a wonderful attitude, has worked really hard for the opportunity and she’s a glass half-full person, never the victim.

“Then, of course, her performances both here and internationally have been very strong, reinforced by the fact she is the world’s top-ranked female rally driver.

“She’s a perfect fit for the Subaru brand as we move to attract new customers, particularly younger ones.”

Taylor made history last year by becoming the first woman to win a heat of the ARC in Western Australia.

She will face a stiff challenge coming to grips with the heavier all-wheel-drive WRX compared to the lightweight Renault Clio she campaigned last season.

“This is a fantastic opportunity and I’m both humbled and excited to be part of Subaru’s new plans to build on their amazing rally heritage in Australia,” Taylor said.

“We’ve got a lot of work to do in testing before the first round in April, but the NR4 is a great car and we look forward to seeing the return of the Subaru rally fans, both new and old.”

Details of the team name and co-driver will be announced at a later date.

SRTA also won eight of the previous 10 manufacturer’s championships, including the last six in a row.

The team also scored numerous class victories in both the World and Asia-Pacific Rally Championships.

The team will debut at the Quit Forest Rally, Western Australia from April 22-24.