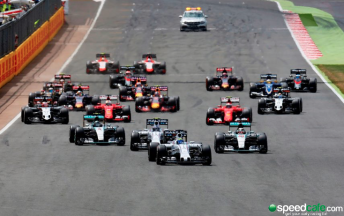 A radical elimination qualifying format could be introduced to Formula 1 this season after gaining approval from teams.

The move is the latest development from a meeting of the Strategy Group and F1 Commission in Geneva, with the new qualifying concept aimed to improve the show.

Exact details of the new procedure are yet to be finalised with the idea earmarked to be introduced this year if it is ratified at the World Motor Sport Council meeting next month.

The format will see qualifying continue to be an hour long session split into three segments.

Q1 will last 16 minutes with the slowest driver eliminated from proceedings after seven minutes.

Eliminations will take place every 90 seconds until there are 15 cars remaining.

The second segment of qualifying will comprise a 15 minute session following a similar pattern to Q1 although the slowest driver will be eliminated after six minutes.

The final eight cars will take part in Q3 which will follow the same elimination procedure until there are two drivers left to do battle for pole position.