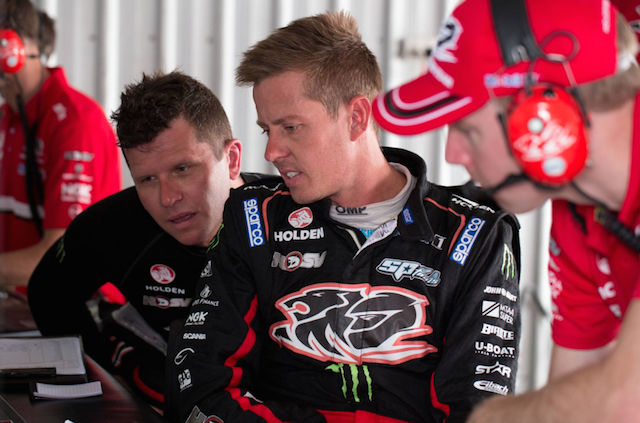 The HRT appeared to make a solid start to its campaign during pre-season testing at Winton on Monday, where it ran in its downsized two-car guise for the first time.

Despite an early clout of the barriers, James Courtney ended the day second on the timesheets and the fastest of those to make a late run on new soft tyres.

With Courtney and the team having been criticised in recent years for failing to deliver on pre-season statements and early promise, Burgess is determined to keep a lid on expectations.

The typically brash Courtney has won the season opening Clipsal 500 over the last two years, only for the team to struggle for competitiveness at other circuits.

Burgess instructed his drivers to undertake minimal media activities on Monday while focussing on the important test program.

“As a team we need to be winning races, there’s no point talking about ‘we’re going to do this or that’,” Burgess told Speedcafe.com.

“At the end of the day the proof will be in the pudding. That’s all I’m focussed on.

“We won’t be beating our chests and then not delivering anything.

“We need to focus on the cars and I’ve told the drivers that.

“When we go racing, if we end up winning everything, then we can start beating the drum.

“Until then, we need to focus on ourselves and not come out with any claims that we can’t back up.”

The team ran through an extensive test program on both cars on Monday, which included ongoing assessment of the Supashock dampers that are utilised by rivals including Prodrive.

Burgess admits that the HRT’s suspension package has been a particular focus over the off-season, having been thoroughly out-classed on high-speed, bumpy circuits such as Pukekohe last year.

Despite being encouraged by a “productive day”, the Englishman says that out-pacing the likes of Prodrive during the late soft tyre running on Monday should not give the team any extra confidence.

“We can’t be suckered into the fact that we were competitive on February 22nd,” he said.

“It’s nice that James was reasonably quick, but it doesn’t mean that we’ll win anything at Clipsal, the Grand Prix, Tassie, or anywhere.

“We’re up against everybody, not just Prodrive and you can’t draw much out of a test day when everyone is running different programs.

“For us as a team we need to be better at all circuits. We need to still be there in the middle of the year, ticking the boxes.

“We all know it and that’s what we’re trying to do. Have a better car and be more consistent with it.”

Former engineer to Lee Holdsworth, Alex Somerset, has been appointed technical director for the team, moving into the role previously held by the now Walkinshaw Porsche GT focussed Mathew Nilsson.

While Nilsson previously managed the now defunct #18 and #47 side of the Walkinshaw garage at race meetings, Somerset’s role will largely be workshop based.

Burgess says he was pleased with how the team operated at Winton, but stresses that Adelaide will be the real test.

“When you put the team under the pressure of a race weekend, that’s when we’ll see if we’ve put all the right people in the right places,” he said.

“But in terms of the build of the cars over the Christmas break and the work that everyone has done at the test, I’m quite happy with how it’s gone.

“It was strange rocking up, walking into the red garage to say hello to everyone and then going around the corner to the other garage and forgetting it isn’t there anymore.

“But it’s good to confine ourselves to one garage. In the fullness of time hopefully it proves to be the right thing for us.

“It’s only going to prove that if we start winning races and the championship.” 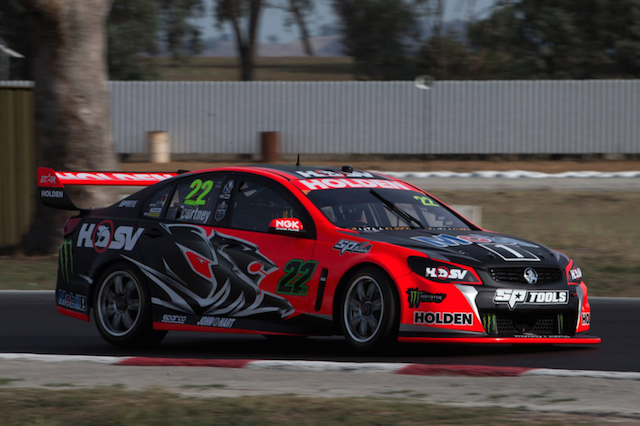