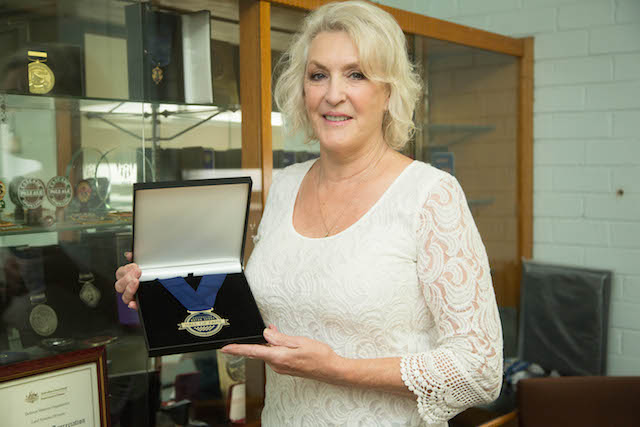 Peter Brock has become the first inductee into the inaugural Australian Motor Sport Hall of Fame.

Australia’s much-loved and celebrated touring car champion is one of 30 people to be named in the launch year of the national Hall of Fame on March 19.

To be unveiled at a gala event presented by Speedcafe.com at the Melbourne Exhibition Centre, it co-incides with the season-opening Formula 1 Rolex Australian Grand Prix weekend.

Brock, who was tragically killed during a tarmac rally in Western Australia in 2006, would be humbled by the honour according to his former long-time partner Bev Brock.

“I am sure that he would be humbled by this Induction to the Australian Motor Sport Hall of Fame,” Bev said.

“Part of him would say it made everything worthwhile, while the other part would ask whether he had done enough to deserve it.

“Peter was very much a perfectionist and much of the time at home with the family was spent soul searching and questioning what he could do better – whether it be towards the sponsors, the team or the fans.

“Peter never thought he was worthy of the accolades – he was always striving for something more so that he didn’t disappoint anyone.

“There were endless deep and meaningfuls discussing this and what he could improve.”

“At the time when Peter’s career was at its height, all of the kids were just ‘kids’ and it was tough sharing your Dad with the rest of the world. The family suffered as a result, there’s no question.

“The evening of the Australian Motorsport Hall of Fame Induction will be emotional I am sure.

“Now those kids have grown into men and women in their own right, I’m sure they will be immensely proud to be a part of it and representing Peter with me.”

“I could never understand why he worried so much about every minor thing.

“Being inducted into the Australian Motor Sport Hall of Fame makes everything that we did together, the hours on end that we worked away at it, and his time away from the family all worthwhile.”

“Peter Brock is an icon of Australian motorsport and it is only fitting that he be part of the Class of 2016 in the inaugural year of the Australian Motor Sport Hall of Fame,” Connelly said.

“For so many years, Bev supported the Peter Brock phenomenon and in many ways was as much a part of the legend as Peter was himself.”

A number of special guests from global motorsport are expected to be in attendance at the official Australian Motor Sport Hall of Fame inaugural induction dinner, along with the 30 Inductees or their representatives.

Tickets are $295 each and are available HERE.