The Victorian operation has fielded a Corvette Z06 and a Ferrari 458 GT3 in the championship previously, but has elected to purchase Lamborghini’s latest GT3 offering.

The operation’s first Huracan is due to arrive in May with the team hopeful of debuting the car at the Phillip Island round of the Australian GT Championship from May 27-29.

A second car is expected to arrive in Australia later in the year.

Team owner Jim Manolios is set to pilot the car for the sprint series rounds with Ryan Millier joining him for the four Australian Endurance Championship meetings.

Manolios is due to head to Monza in April to test a Huracan while he awaits delivery of his car.

The car scored its first major victory in the Blancpain Sprint Series on debut with the Grasser Racing Team last March.

The Huracan is the latest in a line of new GT3 machinery arriving on Australian soil this year.

BMW’s new M6 GT3 will join the grid courtesy of Steven Richards Motorsport, while Ferrari’s 488 GT3 will be represented by Maranello Motorsport.

Porsche’s latest iteration of the 911 GT3 R is due to make its debut in May with Walkinshaw Racing, while Erebus Motorsport, Hackett Racing/Eggleston Motorsport and Scott Taylor Motorsport will field examples of the new Mercedes AMG GT3.

Australian GT will kick off the season at next month’s Clipsal 500 with a bumper 28 car field. 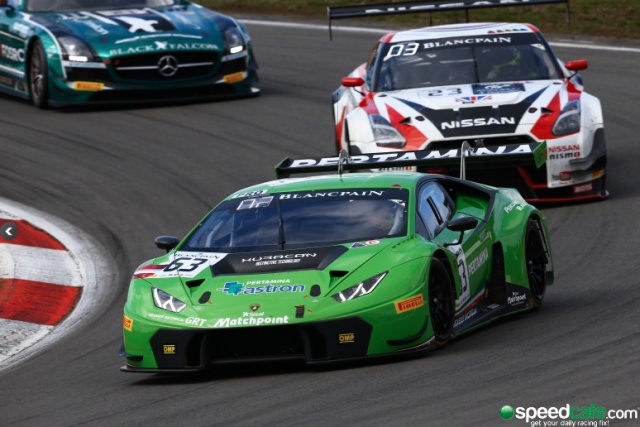