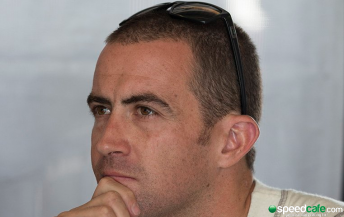 The 36-year-old has not competed in the series since 2012, but looms as a major threat to current title favourites Matt Campbell and Steven Richards.

“I’ve been trying to get back into Carrera Cup for some time now and I’m delighted to be a part of the Almond family team,” said Davison.

“Michael is a very competitive driver despite having never previously raced anything before he sat in a GT3 Cup Challenge machine just a few years back, and I am sure I can help with his ongoing development, while also giving the championship a real shake.

“The Porsche Carrera Cup program has proven it can keep you sharp and focused, and I will be looking to use the platform of competition to ensure the V8 Supercar teams don’t forget about me for this year’s endurance races.

“The current spec Carrera Cup cars are just awesome to drive and my aim is to be right in the thick of the action from the outset in Adelaide.”

Davison won the 2004 Australian Carrera Cup title following stints in the German and international Supercup versions of the one-make series.

Finishing second in the 2006 and 2007 Carrera Cup Australia seasons and third in 2012, Davison boasts a total of 37 race wins and 15 pole positions from 35 round starts.