A big field of V8 Supercars has assembled for a multi-team pre-season test at Winton Motor Raceway in rural Victoria.

A total of 27 V8 Supercars will take to the recently resurfaced track today, split between 16 championship entries and 11 Dunlop Series runners.

The only Victorian main series squads absent are Erebus Motorsport and Lucas Dumbrell Motorsport, which have both elected to run on Thursday.

The bulk of the field are sporting their full race liveries, with Prodrive’s #6 for Cameron Waters and Nissan’s #15 of Rick Kelly the only exceptions.

Waters’ Ford is running the black and green of Monster Energy while Kelly’s Nissan is presented in white with the logo of lighting company Sengled on its doors ahead of pre-Clipsal 500 launches.

Joining the V8 Supercars on track is Steven Richards’ new BMW M6 Australian GT car, which is enjoying the first day of a two-day hit-out.

Among the cars that it will join it tomorrow are Prodrive’s two Dunlop Fords for Jack Le Brocq and Garry Jacobson, who are sitting out today while the team focusses on its lead entries.

Temperatures are tipped to reach 35 degrees at Winton today, putting the circuit’s new surface to the test. 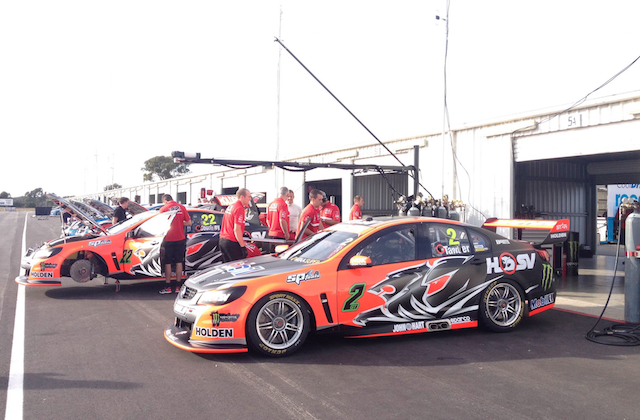 The HRT prepares for business 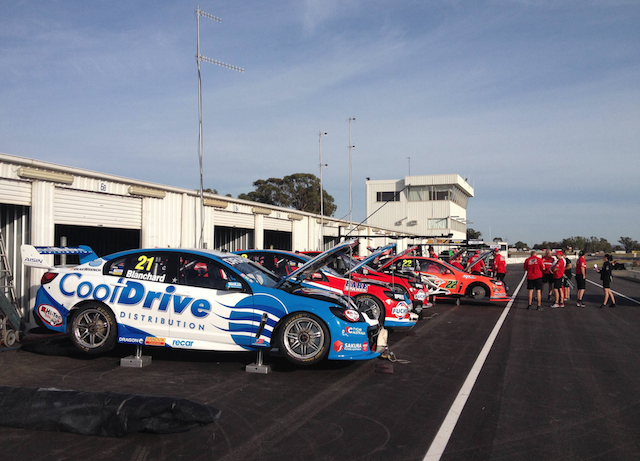