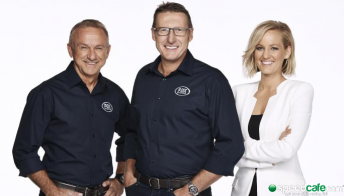 From left: Ingall, Skaife and Yates

Mark Skaife is set to return to the role of commentator as part of changes to the Fox Sports and V8 Supercars television alliance.

Having been an analyst on the Fox coverage last season, Skaife will join Neil Crompton in the play-by-play commentary role previously held by Greg Rust.

Russell Ingall and Jessica Yates will continue to front the Fox coverage under the tweaked set-up.

According to V8 Supercars, Skaife’s move comes amid a closer collaboration between the category’s Supercars Media division and Fox Sports.

“We have now moved to a streamlined one production model using the resources of Supercars Media and Fox Sports that will deliver an enhanced coverage of the sport for our fans across Australia and overseas,” explained CEO James Warburton.

Fox Sports CEO Patrick Delany said that Skaife’s move back into the commentary position he had held in the previous era of coverage on Seven is a boost for the broadcasts.

“In 2016 V8 Supercars viewers will receive the best ever coverage of their sport, highlighted by increased access, opinion and analysis from Fox Sports’ Mark Skaife,” he said.

“It’s fantastic that Mark will bring his wealth of knowledge and years of experience into the commentary box, with Fox Sports broadcasting every practice, qualifying and race throughout the season.”