The test comes as Campbell prepares for a second Carrera Cup season with McElrea Racing, with which he starred on debut last year.

“There’s a few guys that we’ll test this year, including from the Jayco Formula 4 Championship. 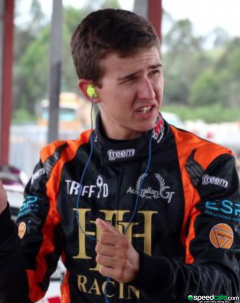 “Matt’s proven to be a bit of a standout so we thought we’d stick him in the car to see how he gets his head around it.

Nissan’s evaluation of Campbell comes while the squad continues to work on its Pirtek Enduro Cup line-up.

Dean Fiore, who has spent time in Michael Caruso’s car today, is the only co-driver currently confirmed for the four-car outfit.

“It wasn’t our intention or plan, it was just a chance to see where he’s at,” said Kelly when asked of using Campbell in the enduros.

“But he’s certainly doing all the right things to be in a car in the very near future, if not now.

“We’ve still got a lot of options for the enduros but we haven’t locked it in.

“We’re still working with Nissan on all of that at the moment.”