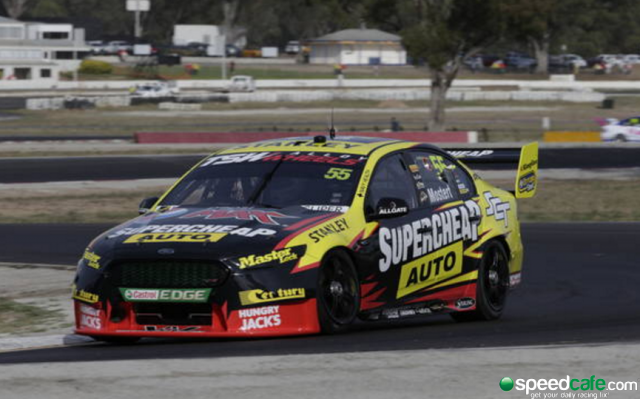 Chaz Mostert is the latest V8 Supercars driver to declare himself fit for the Clipsal 500 after returning from injury today in pre-season testing.

A week after Craig Lowndes tested out his collarbone injury at Queensland Raceway, Mostert has jumped aboard a Prodrive Ford for the first time since his accident at Bathurst last October.

Although still hobbling in the Winton paddock thanks to knee ligament damage sustained in the crash, the 23-year-old reports no issues while inside the car.

“I have got to find a bit more strength in the leg to be where I want it to be, but to drive a car I have no worry in the world and we will be right for Clipsal.

“I have got my full range in the car that I need for the clutch and enough strength to use it.

“If it was my right foot it would probably take a bit more of a knock around, but it seems to be fine.”

Having missed the last five events of 2015, Mostert said he could hardly contain his excitement at getting back to track action this morning.

“I had butterflies this morning, it felt like my first drive in a main series car again,” he said.

“It is pretty exciting to get back in the car and to see all the mechanics’ faces in the garage as well.

“It is like a family on wheels this thing so its good to get back to my family and go racing.

“I’ve just blown the cobwebs out and now I’m starting to put in some better lap times.

“We have still got the chassis balance to find but I haven’t forgotten too much.”