The first image of the Red Bull RB12

The Milton Keynes team has released studio images of its new RB12 chassis prior to its track debut at the Circuit de Catalunya where rain has fallen leading up to the test.

The launch follows last week’s livery reveal which was displayed on the 2015 specification RB11.

Red Bull’s latest offering, which will once again be driven by Daniel Ricciardo and Daniil Kvyat, features an aggressive design, which has seen the team ask their lead driver to lose weight prior to the season opener.

The French manufacturer will continue to power the RB12 albeit rebadged as Tag Heuer, while its sister team Toro Rosso will utilise 2015 spec Ferrari engines.

“Obviously the late engine decision last year was a challenge but we found a solution in time and the whole team has worked incredibly hard to recover over the winter,” said Horner.

“Therefore, we’re looking to build on the significant progress we made in the second half of 2015 and to carry that momentum into the early races of this season.

“My hopes for this season are that we genuinely make progress from where we were last year; that we get our heads down and we really develop the car well and hopefully with some performance coming on the power unit side as well that will allow us to get closer to some of our immediate rivals.”

Meanwhile, Red Bull chief technical officer Adrian Newey believes the team has learned from the lessons of last year, predicting the RB12 will be a “strong” chassis in 2016.

“I’m often asked what area of the car I’m most pleased with but with the stable regulations we have at the moment it’s difficult to find any major new areas to exploit,” said Newey.

“Therefore, what we’ve really tried to concentrate on with this car is getting a cohesive package for all the parts – the suspension, the chassis dynamics, aerodynamics – that they all work together in harmony.

“I think we’ve managed to build on the lessons of last year and all the indications from our simulations suggest that this year’s chassis should be strong.”

Ricciardo is set to pilot the RB12 for the first time in today’s opening test day of the new season. 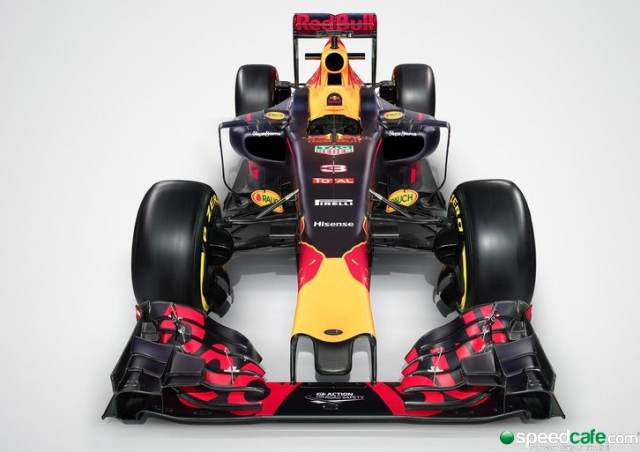