Speedcafe.com awarded at Night of Champions

Speedcafe.com awarded at Night of Champions 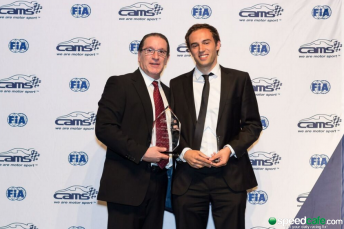 Speedcafe.com editor Stefan Bartholomaeus has taken out two awards at the Confederation of Australian Motor Sport’s annual Night of Champions.

Among the media awards, Bartholomaeus received the Journalist of the Year and Story of the Year (print/online) honours.

The latter award, for revealing last July that V8 Supercars was set to buy the Bathurst 12 Hour, follows Speedcafe.com editor-in-chief Gordon Lomas’ Story of the Year gong from 2014.

It also adds to five peer-voted V8 Media Association awards for Bartholomaeus over the last two years, including Journalist of the Year on both occasions. 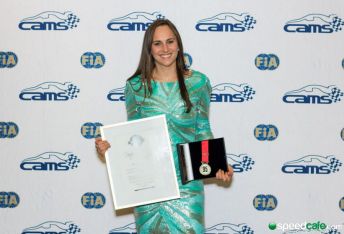 Introduced in 2011, the award is designed to recognise a driver that shows characteristics associated with the late Peter Brock, including driving ability, sportsmanship and efforts to promote the sport.

“I’m incredibly overwhelmed to have been selected,” said Taylor.

“I think I read the letter that CAMS sent me about 10 times before I believed that it wasn’t a mistake.

“I remember meeting Peter when I was very, very young at a rally and I still remember very well how friendly he was and how much time he gave to these little girls who thought he was god.

“Peter was so good at translating the passion and energy he had for the sport and inspired so many people with it.”

Nineteen-year-old Joey Mawson was meanwhile named CAMS Young Driver of the Year ahead of a planned return to Germany for a second attempt at the nation’s Formula 4 championship.

See below for the full list of award winners

• Motor Sport Journalist of The Year & Story of The Year: Stefan Bartholomaeus

• Australian Side by Side Rally Champion: Cody Crocker & Greg Foletta