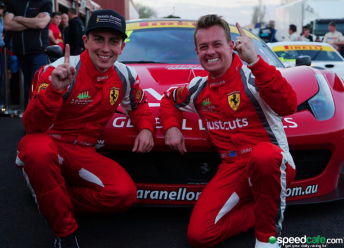 The popular television personality scored three wins and two podiums in a successful maiden Australian GT campaign which saw him claim second in the championship, driving alongside Tony D’Alberto in the #88 Maranello Ferrari 458.

Denyer, who was part of Maranello Motorsport’s roster at this month’s Bathurst 12 Hour, was expected to continue his partnership with D’Alberto.

Instead he will move to Tekno to pilot one of the squad’s three McLaren 650S GT3s.

The former V8 Utes racer is expected to share a car with Tekno team owner Jonathon Webb for the new campaign which begins at the Clipsal 500 from March 3-6. 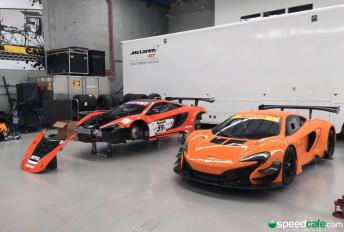 Speedcafe.com understands that Tekno’s McLaren line-up will be completed by Elliot Barbour and Nathan Antunes, who will share one 650S, while Nathan Morcom will pilot the third car.

Team owner Webb confirmed this week that all three cars will debut at the Clipsal 500 as the operation begins its new foray into the Australian GT Championship.

The team will run its Bathurst 12 Hour winning 650S alongside a new chassis which has just arrived from the United Kingdom.

The third has been leased from Tony Quinn, who raced the car in last year’s Australian GT Championship.

The cars are due to undergo a test at Queensland Raceway on Tuesday.

Maranello has meanwhile been forced to assess its options for the #88 Ferrari.

The Melbourne team is expected to take delivery of the first of its new 488 GT3s next week which has been earmarked for car owner Peter Edwards and John Bowe.