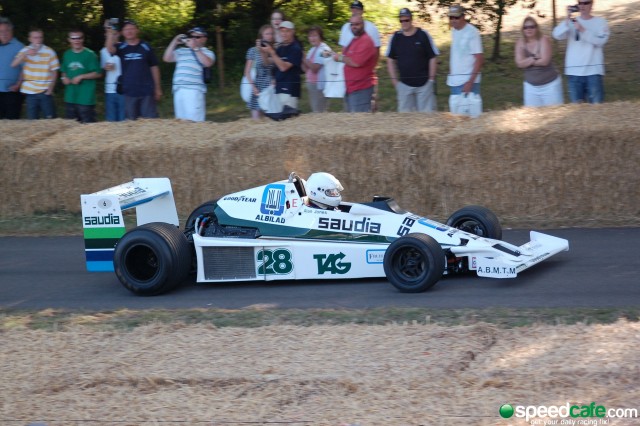 An example of the Williams FW06, the first car produced by Frank Williams and Patrick Head at the Grove outfit, will join the annual event at the Victorian circuit in a record matching entry.

More than 540 cars representing 12 different categories will feature at the event contesting 58 races over the March 11-13 weekend.

The Williams FW06 is one of two famous F1 cars heading to the event with a BRM P261-5 driven by Graham Hill and Jackie Stewart also due to attend. Both cars are owned by Andrew and Margaret Wareing from the UK.

Powered by a Cosworth DFV V8, the FW06 was driven by 1980 world champion Jones during the 1978 F1 campaign, recording three points finishes, including a second place at the US Grand Prix at Watkins Glen.

The car, which will compete in the Q & R events at Phillip Island for racing cars built from 1970-1985, has since been driven by Jones at the Goodwood Festival of Speed in 2009.

Driven by Hill, the car’s best F1 result was second in the 1964 French Grand Prix, while in 1966 it scored five race victories in the Tasman Series, with Stewart taking four victories to clinch the title.

Alongside the F1 specimens, a large contingent of Formula 5000s are expected with 11 cars from New Zealand joining a 17 strong Australian line-up.

In addition to the F5000 contest, Daniel Ricciardo’s father Joe will also jump behind the wheel of a Brabham BT6 Formula Junior.

For touring car enthusiasts, Jim Richards will pilot an ex-JPS Team BMW 635CSi in the Class A and C Touring car races as part of a 100 years of BMW celebration at Phillip Island.

Richards will also bring his own ex-Team JPS M3 to the meeting, a car he drove in the early rounds of the 1987 ATCC on his way to win a second title.

Next Story Brock named posthumously in Hall of Fame list